How have we not had deep-fried liquor at the Iowa State Fair?

Did the Iowa State Fair just get beat at its own (food) game?

How have we not had deep-fried liquor at the Iowa State Fair? 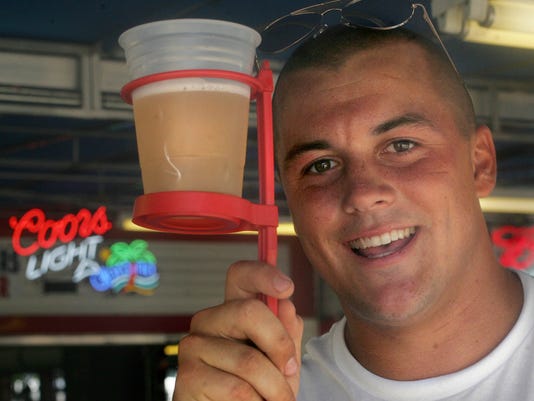 Travis Noid, 20, of Marshalltown displays a beer on a stick which was purchased from The Depot at the Iowa State Fair.(Photo: Register File Photo)Buy Photo

The Iowa State Fair just might have met its match when it comes to odd food pairing and it's not even at a state fair.

This year's Summerfest in Milwaukee is serving up a deep-fried Old Fashioned, which consists of orange pound cake filled with brandy-flavored cream cheese that's then deep fried and topped with bitters whipped cream.

So Summerfest will have a deep fried old fashioned this year... https://t.co/COQTM1UGx0pic.twitter.com/OTQyiHQhr6

We've fried A LOT of foods at the fair... but liquor? That's a new one. We got beat at our own game, Iowa. The closest thing that I could find to getting creative with beer and/or alcohol was this lame "beer on a stick" from 2007. Boooooooring.

Unless I'm mistaken. Has Iowa ever had any liquor-y twists at the State Fair?