And the winning Iowa brew in this year's Beer Brackets is...

And the winning Iowa brew in this year's Beer Brackets is...

Head to DesMoinesRegister.com/BeerBrackets to vote for your favorite Iowa brew in the four-region, six-round tournament. 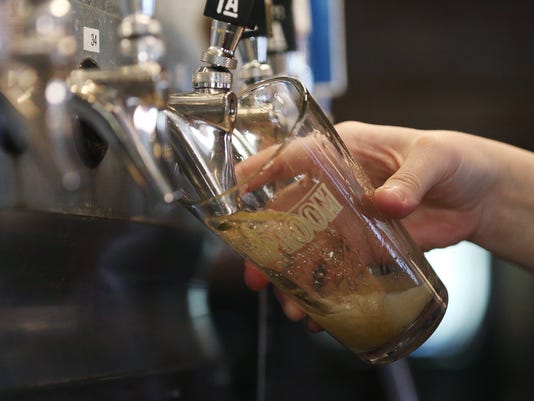 The beer defeated West O Beer's Pilsner in the finals of the six-round contest by earning roughly 54 percent of the final vote.

"Bridge Road is named after the well worn avenue into Polk City via the Mile Long Bridge over Saylorville Lake," Madison said.

The beer, winning the open voting popularity contest in its first year entered, can be found at the Fenders taproom (212 W Van Dorn St., Polk City). Additional Fenders beers can be found on occasion at the Iowa Taproom. Find more information at Facebook.com/FendersBrewing.

Catch up on the full results from this year's tournament by visiting DesMoinesRegister.com/BeerBrackets.