What will public art in Iowa City look like in 2020?

A look at the public art expected to be popping-up around town this 2020.

What will public art in Iowa City look like in 2020? 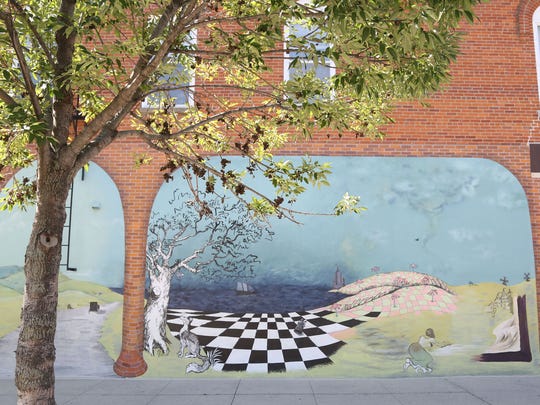 When the Press-Citizen asked Iowa City professionals about their favorite art of the bygone decade Lauren Lessing — director of the University of Iowa Stanley Museum of Art — selected the movement toward public art the past decade rather than an individual piece.

"In the last decade, there has been a profound and important shift in how Americans think about art in public space, and it’s a shift that makes me very happy,"  Lessing wrote. "Public art is creating a forum — a space where ideas and views can be exchanged — and that is something we need now more than ever."

We are barely a month into the new decade, but public art is already on the agenda in Iowa City.

With renovations on the Ped Mall finally wrapping up, painted benches will return to downtown Iowa City. Thomas Agran, director of public art with the Iowa City Downtown District, said this means the dozen or so benches set to return are getting a new coat of paint.

"It is a great opportunity for people who are interested in public art or getting into public art, but maybe not painting a 100-foot wall," Agran said.

Applications are expected to be available later this winter or in early spring.

Around the same time those applications are made available, Agran expects two mural projects scheduled for completion last year but delayed by weather to finally wrap up. 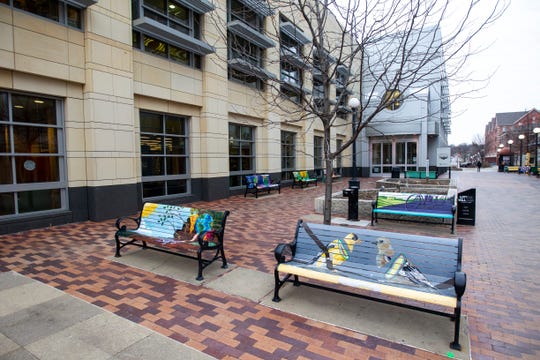 Painted benches are seen on Friday, Jan. 11, 2019, along the pedestrian mall in downtown Iowa City, Iowa. The city plans to remove this style of bench in its next phase of ped mall updates. (Photo: Joseph Cress/Iowa City Press-Citizen)

One is partially finished, a piece located in the back parking lot of  the Brewery Square building at 123 North Linn Street, depicting a bird set against a blue background. The other, located against the wall of the Graduate Hotel in the walkway connecting the Ped Mall to South Dubuque Street, was meant to be completed last year but still has not started.

However, a new project already on the books for this spring is Flags for Iowa City. The project is spearheaded by Minnesota artist Peter Haakon with the notion that over the course of multiple workshops, Iowa city denizens will create flags to be put on display.

The workshops in which these flags are made have yet to receive confirmed times, but those interested in participating should be on the lookout for an announcement this spring.

At least one of those flag making events will likely take place during a  Ped Mall completion party, a date for which has yet to be announced.

"We’re really excited about the flag project," said Agran. "It’s a really fun participatory project that people can get involved in a very hands-on way as opposed to calls for submission.”

During the summer the flags will wave over Black Hawk Mini Plaza. The intent is that those who create flags will sew images of what makes Iowa City special to them on the flags so that, once they're all hung — passersby can look up and see Iowa City defined by the banners above.

Other projects are in the planning stages right now; according to Agran, he's been in touch with the Iowa City Fire Department to collaborate on a mural project. Meanwhile, city staff is working on lining up public art projects. 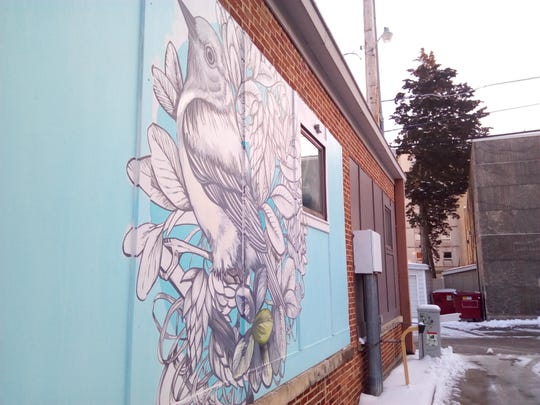 An unfinished mural the evening of Jan. 20, 2020 at the back of 123 N. Linn Street on the north side of Iowa City. (Photo: Isaac Hamlet/Iowa City Press-Citizen)

One of the committee's goal is making collaboration easier with community artists. One of the first actions was holding a Jan. 16 public meeting to discuss projects.

“We’re (also) talking about creating a database of working artists," said Rose Vero Smith, a member of the Public Art Advisory Committee. "This would be a way for the community to engage with arts as well as opportunities for artists."

At the Jan. 16 meeting, the committee issued a call to artists to work on a non-mural piece of art for the Iowa City Farmer's Market. Details of the project have not been nailed down, but the agenda calls for the completion of the project this June.

According to Smith, surveys the committee put out in 2019 reported that Iowa City citizens were most interested in seeing public art appearing in unexpected places.

“When I moved to Iowa City it sort of felt like nothing like this was happening—(now) of course it’s part of a larger trend of this happening," Agran said. "It’s not that what’s happening in Iowa City is one of a kind, but I’m glad that it is happening here." 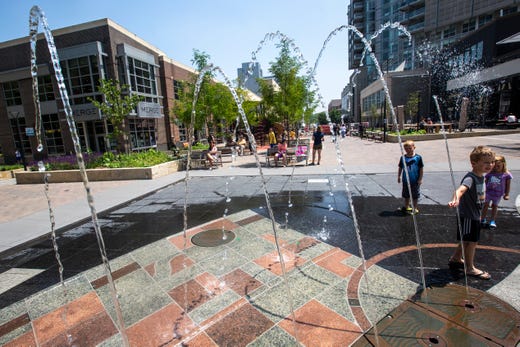 Viggo Brakke, 5, of Iowa City, interrupts the flow of water while playing with Will Ooms, 6, and his sister Morgan, 3, Monday, July 8, 2019, at the Weatherdance fountain in the Pedestrian Mall at the intersections of Dubuque and College Streets in downtown Iowa City, Iowa. The two families came to the ped mall Monday afternoon to visit the library and play in the recently reopened fountain. Joseph Cress/Iowa City Press-Citizen
Fullscreen 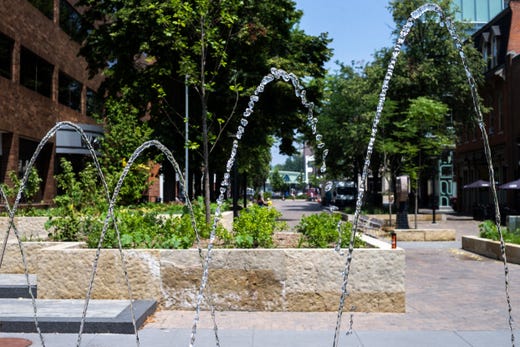 Water streams in arches, Monday, July 8, 2019, at the Weatherdance fountain in the Pedestrian Mall at the intersections of Dubuque and College Streets in downtown Iowa City, Iowa. Joseph Cress/Iowa City Press-Citizen
Fullscreen

Will Ooms, 6, of Iowa City tries to run through arches of water without getting wet while his sister, Morgan, 3, watches his attempt, Monday, July 8, 2019, at the Weatherdance fountain in the Pedestrian Mall at the intersections of Dubuque and College Streets in downtown Iowa City, Iowa. Joseph Cress/Iowa City Press-Citizen
Fullscreen 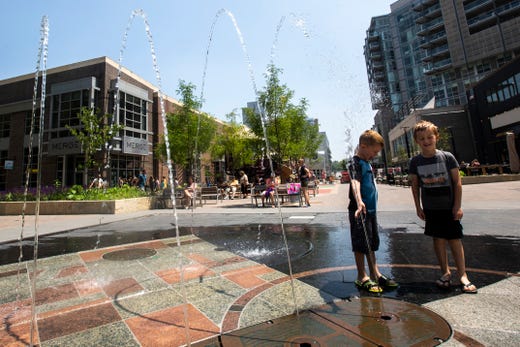 Will Ooms, 6, left, tries to splash his friend Viggo Brakke, 5, while they play, Monday, July 8, 2019, at the fountain in the Pedestrian Mall at the intersections of Dubuque and College Streets in downtown Iowa City, Iowa. Joseph Cress/Iowa City Press-Citizen
Fullscreen

The Pedestrian Mall fountain. Special to the Press-Citizen from the City of Iowa City and Iowa City Public Library.
Fullscreen 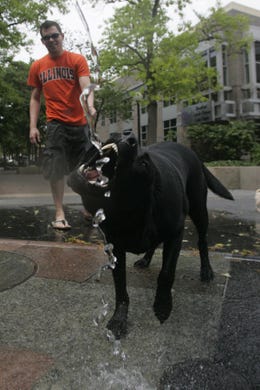 UI sophomore Chris Parks holds the leash of his black lab "Oliver," as he grabs a drink out of the Pedestrian Mall fountain, Tuesday, May 25, 2010, in downtown Iowa City, Iowa. Press-Citizen / Matthew Holst
Fullscreen

Locals play in the central fountain of the ped mall on Thursday, May 24, 2012. Benjamin Roberts / Iowa City Press-Citizen
Fullscreen