Felicity Huffman was released Friday from a jail in California after serving 11 days for paying someone to fix her daughter's SAT exam.

Felicity Huffman's sentencing gives prosecutors a crucial win as they seek prison sentences for other parents charged in the historic case. USA TODAY

Actress Felicity Huffman was released Friday from a federal prison in California after serving 11 days there for paying someone to fix her daughter's SAT exam, completing her two-week sentence two days early.

Huffman, the first parent to serve time in the nation's college admissions scandal, was released from the Federal Correctional Institution in Dublin, California, USA TODAY confirmed.

The former "Desperate Housewives" star was given a 14-day prison sentence by a Boston federal judge in September for her actions. But the prison released her before the weekend, following a federal prison policy that can be applied to inmates whose release date falls on a Saturday, Sunday or a legal holiday. Her departure is not considered early release for good behavior.

Huffman, 56, served her time in a low-security prison near the San Francisco Bay area that houses 1,227 female inmates. She reported to prison Oct. 15, but with one day of prior jail credit from her March arrest, a prison official said, making her originally scheduled release date this Sunday.

The college admissions scam involving Lori Loughlin and Felicity Huffman shows how some rich families use a “side door” to game an already unfair education system. USA TODAY 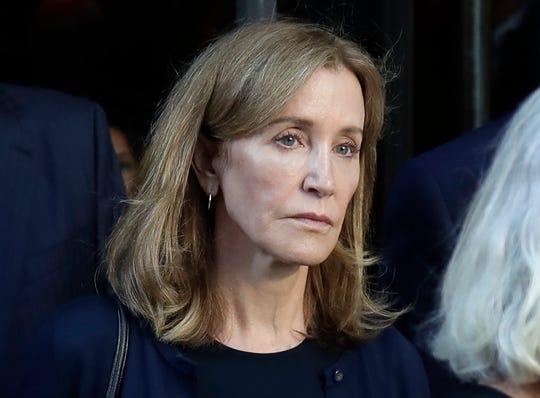 She pleaded guilty in April to paying $15,000 to Rick Singer, the mastermind of a nationwide college admissions scheme, to have someone correct answers on the SAT test of her oldest daughter, Sophia.

Huffman's daughter's SAT score improved to a 1420 as a result of the cheating, up 400 points from when she took the PSAT by herself the previous year.

Other past famous inmates at the Dublin federal prison include author and actress Patty Hearst, Heidi Fleiss, known as the "Hollywood Madam," and Sara Jane Moore, who attempted to assassinate President Gerald Ford in 1975. Forbes Magazine named the facility one of America's top 10 "cushiest" prisons in 2009.

In addition to prison, U.S. District Judge Indira Talwani ordered Huffman pay a $30,000 fine, serve one year of supervision upon her release and perform 250 hours of community service.

Eleven parents have been sentenced in the "Varsity Blues" admissions scandal, with all but one receiving incarceration. Prison sentences have ranged between two weeks and five months.

Prosecutors say they will seek substantially greater prison time for the other actress charged in the case, Lori Loughlin, who has pleaded not guilty to charges involving the recruitment scheme. Loughlin and her husband, fashion designer Mossimo Giannulli, are accused of paying $500,000 to Singer's sham nonprofit for their two daughters to be classified as crew recruits at the University of Southern California.

Prosecutors this week brought additional federal bribery charges against the celebrity couple and nine other parents. 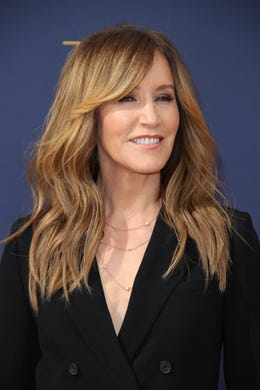 Felicity Huffman, an award-winning actress, has played many roles over the course of her career. Check out the starlet's career in pictures. Dan MacMedan, USA TODAY
Fullscreen 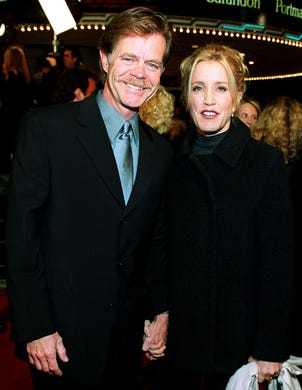 Felicity Huffman and William H. Macy arrive at the premiere of her new film "Magnolia" in Los Angeles on December 8, 1999. The pair married in 1997. Lucy Nicholson, AFP/Getty Images
Fullscreen

Felicity Huffman appears in a scene of "Sports Night" in 1997. She played Dana Whitaker on the show from 1998 to 2000, and received a Golden Globe nomination for Best Actress. Rory Flynn, ABC
Fullscreen 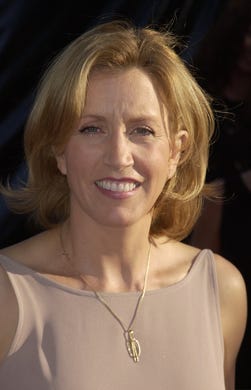 Felicity Huffman attends the premiere of the Universal Pictures film Jurassic Park III July 16, 2001 at Universal Studios in Burbank, California. Huffman made her movie debut in 1988 when she had a small role in "Things Change." Vince Bucci, Getty Images
Fullscreen 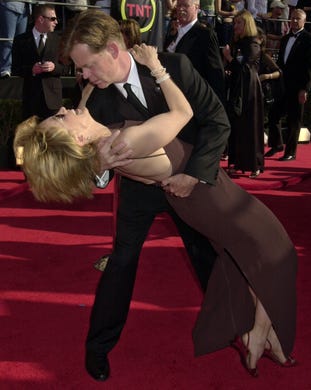 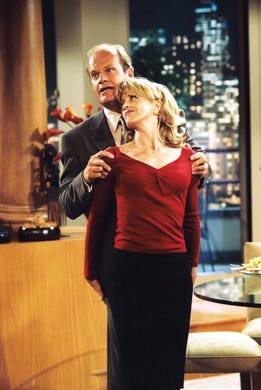 Felicity Huffman plays Julia alongside Kelsey Grammer as Dr. Frasier Crane in a 2003 episode of "Frasier." She appeared in eight episodes of the show. Paramount
Fullscreen 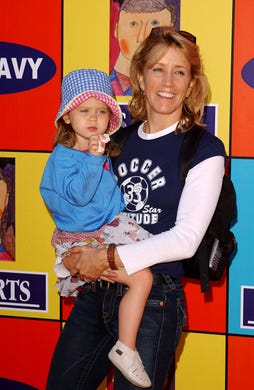 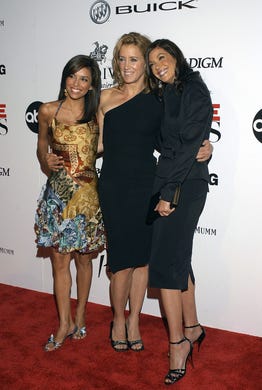 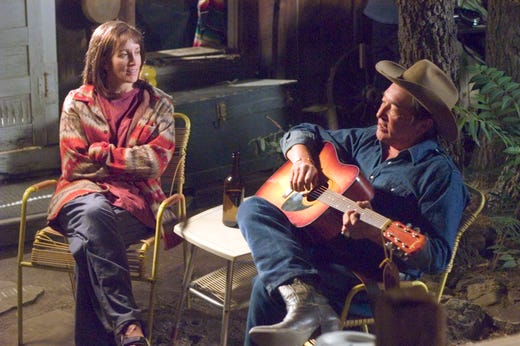 Felicity Huffman and Graham Greene in a scene from the 2005 motion picture "Transamerica." The role earned her a Golden Globe award in 2006. Rafael Winer, The Weinstein Company
Fullscreen 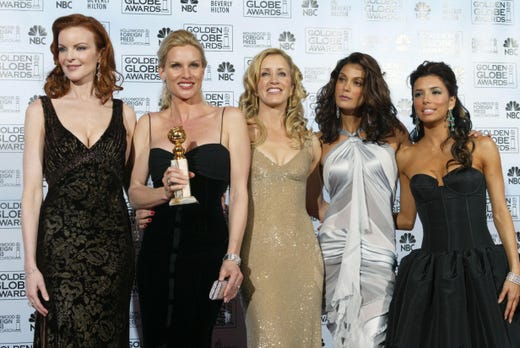 The cast of "Desperate Housewives" celebrates its Golden Globe Award for Best Television Series Musical or Comedy at the 62nd annual Golden Globe Awards show on January 16, 2005 in Beverly Hills. The show won the award for best series two years in a row, in 2005 and 2006. Hector Mata, AFP/Getty Images
Fullscreen 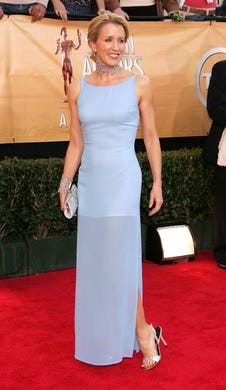 Felicity Huffman accepts the Emmy award for Outstanding Lead Actress for her work in Desperate Housewives on September 18, 2005. Huffman has been nominated for five Emmy awards and has won once. Robert Hanashiro, USA TODAY
Fullscreen 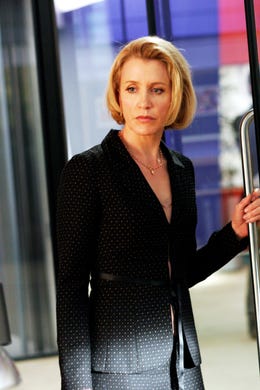 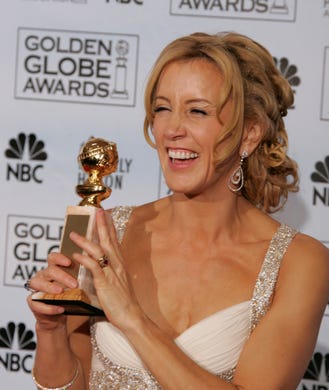 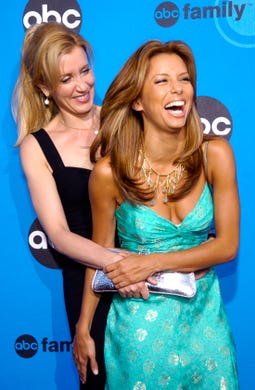 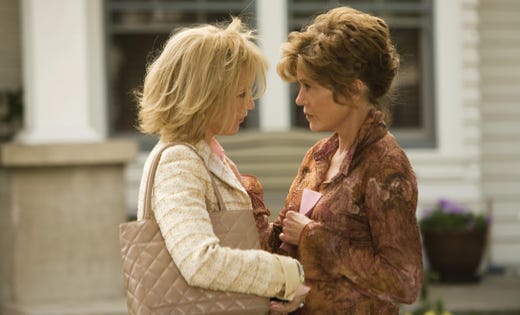 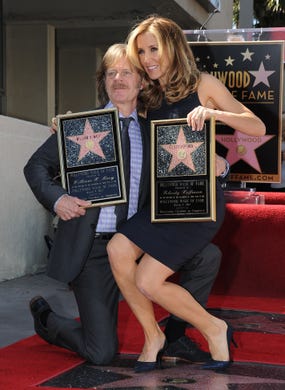 Felicity Huffman and her husband, actor William H. Macy pose together at their double star ceremony on the Hollywood Walk of Fame in Hollywood, California on March 7, 2012. The ceremony was only the second time a married couple has been honored with double stars on the Walk of Fame on the same day. Robyn Beck, AFP/Getty Images
Fullscreen 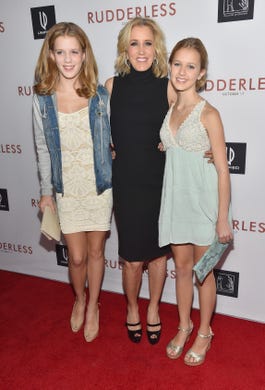 Felicity Huffman poses with her two daughters, Sophia Macy and Grace Macy, on the red carpet at a screening of Samuel Goldwyn Films' "Rudderless" at the Vista Theatre on October 7, 2014 in Los Angeles. Alberto E. Rodriguez, Getty Images
Fullscreen 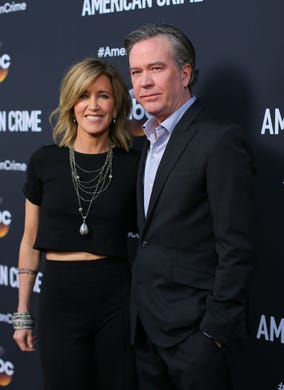 Felicity Huffman and actor Timothy Hutton attend the premiere of ABC's 'American Crime' held at the Ace Hotel on February 28, 2015 in Los Angeles. Huffman starred in the ABC series from 2015 to 2017. Mark Davis, Getty Images
Fullscreen 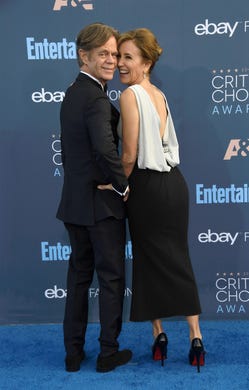 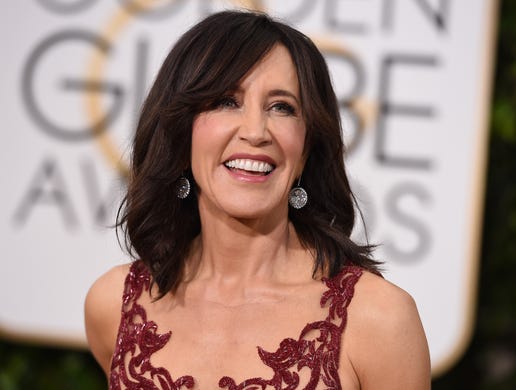 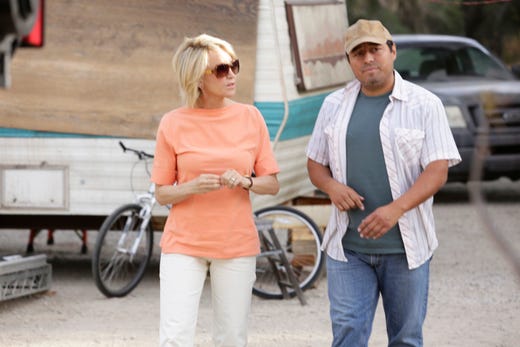 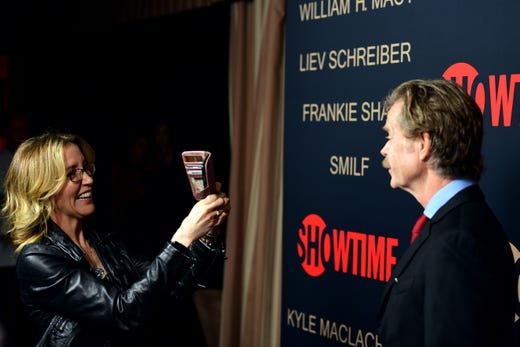 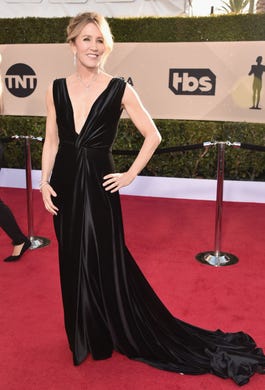 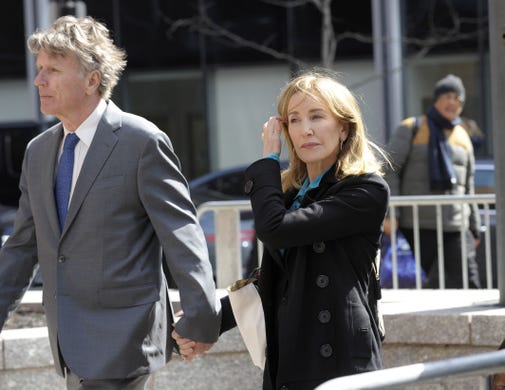 Felicity Huffman enters the court to appear before Judge M. Page Kelley to face charge for allegedly conspiring to commit mail fraud and other charges in the college admissions scandal in Boston on April 3, 2019. In March 2019 Huffman was charged, along with dozens of others, in a nationwide college admissions scandal. Huffman had paid someone to take her daughter's college entrance exams for her. She pled guilty to the charges and will be sentenced on September 13, 2019. Joseph Prezioso, AFP/Getty Images
Fullscreen