Fong's pizza gets a remodel, plus find out where they're coming next. 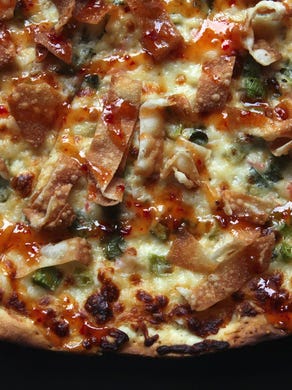 A Happy Fong drink is served in a blowfish bowl for three with a Thai Chicken pizza at Fong's Pizza. Bill Neibergall/Des Moines Register
Fullscreen

A slice of pizza with a side salad and a drink are pictured at Fong's Pizza. Eric Rowley/Juice
Fullscreen

The door that shines as the light at the end of the Court Avenue tunnel almost always seems to be open — until it was not. For a long, slice-less week the sanctuary that is Fong's Pizza was locked. Remodeling was listed on the menu from January 20-27 as the popular late-night pizzeria with a mid-20th century Asian aesthetic celebrated its sixth anniversary. (Its predecessor, King-Ying-Low, which opened in 1908 was established as Des Moines' oldest Chinese locale.)

Whatever revelations some of us had during this week — that perhaps we do not need pizza every week after jazz night at The Lift — have been quickly disbanded because Fong's is now fresh and clean on the scene.

Not to fear! The Crab Rangoon pizza did not get deconstructed and the selection of beers did not get drilled down. Slices will still spin beginning at 10 p.m. (Honey Garlic Alfredo, please!) and Kamikaze helmets will still obscure your already hazy vision.

What did get changed? For starters, the oh-so-necessary porcelain thrones. Yes, ladies — when the seal hath long been broken, there are now two stalls in the women's bathroom available for use, not just one, helping to cut down on agitating wait time. Fong's transposed the bathrooms, so now the men's is in the back hallway of the restaurant and the women's is out the back door where the men's used to be. Hypochondriacs may rejoice that the bathrooms were renovated to fit the 21st century. Toilets, sinks and even the soap dispenser are automatic.

Jess Barge, Fong's bartender, said the crew also took on the task of deep cleaning the front of the house. They also did minor repairs on those little things that needed fixing — the things that get overlooked in an always-bustling restaurant like Fong's.

The interior renovations came after the menu revamp in January. They kept the favorites, standards and added a few new creative concoctions to try. 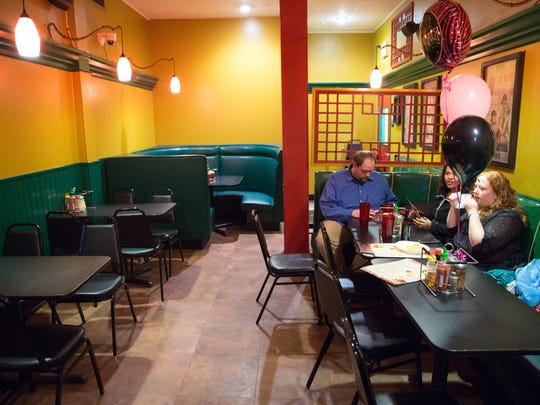 "We are working on new tiki recipes, but nothing has changed yet," Barge said of the new, group drink menu that patrons have to look forward to. 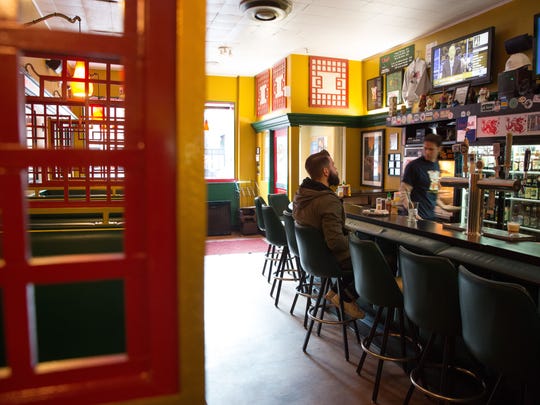 Fong's Pizza before the remodeling. (Photo: Scott Morgan/Special to Juice)