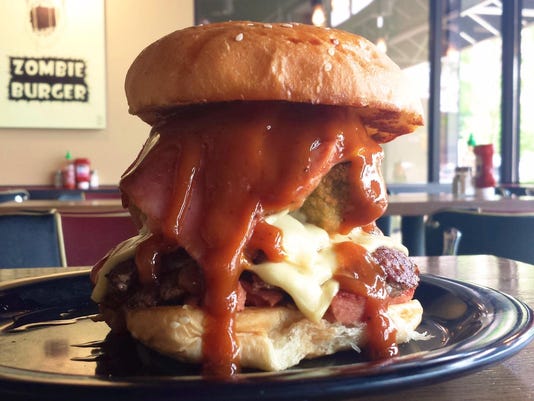 Based on the original comic book and AMC's popular TV series "The Walking Dead," the limited-time burger is an homage to Sergeant Abraham Ford — a former military officer who was stationed in Houston, Texas before the outbreak. His character is played by actor Michael Cudlitz, who will be stopping by Des Moines for Wizard World Comic Con June 12-14 at Wells Fargo Arena.

If this burger isn't to-die-for, we don't know what is.