Downtown Des Moines finally has the diner it deserves

Vivian’s Diner & Drinks is so close to opening that you can almost taste it.

Downtown Des Moines finally has the diner it deserves 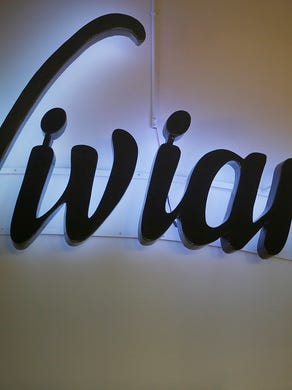 Vivian’s Diner & Drinks is oh-so close to opening that you can almost taste the bacon croquettes, Iowa mac and cheese and breakfast sandwiches on the menu.

Jeff Duncan, the former director of operations for Two Rivers Hospitality, brings this breakfast, lunch and dinner restaurant to the former Gramercy Tap inside the Hotel Kirkwood building at 400 Walnut St. on Aug. 10, just in time for the Iowa State Fair. He looked no further than his 4-year-old daughter for the name of his restaurant.

Inside find a retro-modern diner replete with silver chandeliers that could have swung in the 1950s, a neon sign, diner-perfect napkin dispensers, an open kitchen and a bar looking inside that kitchen evoking that diner feel for those who want a quick bite to eat. Duncan revamped the interior with diner-worthy booths, a bar at the front, a second-floor lounge and plenty of shimmery silver to go around. 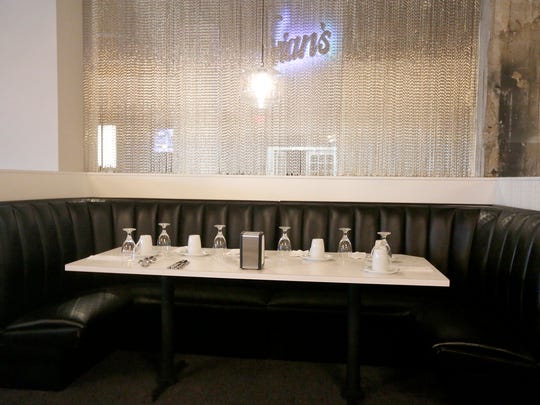 That bar serves up mules including one made with gin, rhubarb shrub and ginger beer, along with summery drinks such as the Cucumber Sparkle with some raspberry schnapps with cucumber vodka, the Kirkwood Fizz with citrus vodka and lemon and the Storied Past with Templeton Rye and green chartreuse.

As Duncan said before, “I’m not reinventing the wheel, just putting new rims on it,” of his vision of a diner for the 21st century that should appeal to couples headed to a night at the Civic Center, families and downtown Des Moines workers who want to grab breakfast or lunch.

Ryan Carey, who once worked at Catering DSM with Duncan, returned from Portland, Ore., to conjure up the dishes on the menu.

A diner heads to the Hotel Kirkwood building

Look for breakfast dishes such as a hot hash ($10.50) with Spanish chorizo, breakfast sausage and thick-cut bacon with two eggs and wedges of cheddar cornbread; a toad in a hole ($8.75) with a hole carved out of the center of a buttermilk biscuit and filled with a poached egg and sausage gravy; and the Viv’s bake ($9.75) with eggs, potatoes, Spanish chorizo, sour cream and pico de gallo. Benedicts, omelets, French toast, buttermilk pancakes and breakfast sandwiches round out the morning meal.

Fear not though. A portion of the breakfast menu appears on the all-day menu, where guests can pick up bacon croquettes ($8.75) with a smoked onion dip, muffaletta sliders ($12.50), crab fondue ($12.50) or pork wings ($12.75) with a soy Mandarin sauce and sesame cilantro aioli as appetizers. 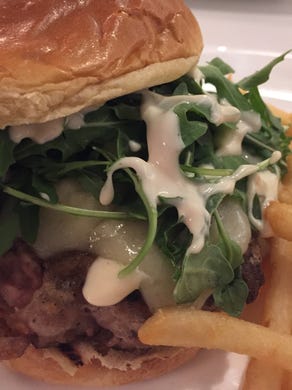 Three different mac and cheese dishes, six salads and two soups make the menu, while flatbreads, sandwiches and burgers, including a tasty turkey version ($11.75) with brie, arugula, smoked onion jam and sundried tomato aioli make up a bulk of the menu.

Vivian’s plans to be open from 7 a.m. to 8 p.m. on Sundays and Mondays, until 10 p.m. on Tuesdays through Thursdays, and until 11 p.m. on Fridays and Saturdays.

Want a sneak peek of Vivian’s? The restaurant is holding an open house from 4:30 to 10 p.m. on July 29 with free beer, wine and appetizers, as well as a cash bar. Duncan plans to serve bites of six different dishes including variations on his sliders, flatbreads and charcuterie. While the event is free, donations will go to the Zach Paulsen Memorial Scholarship for Students with Autism.