More than a dozen breweries are planning to open or expand across Iowa in 2017, including in cities such as Burlington, Waukee, Cedar Rapids, Waterloo and Dubuque. 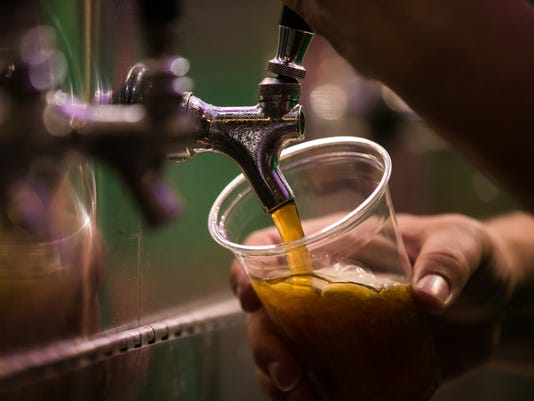 Des Moines was named by VinePair.com as one of the top beer cities to visit in 2017.(Photo: Brian Powers/Register file photo)Buy Photo

VinePair.com, a website that's dedicated to the "experiences centered around drinking," recently announced a list of the best cities to have a beer. In its post, the experts said that "new cities are on the rise with breweries that know how to get noticed in the crowded craft beer scene," and Des Moines definitely fits that bill.

About Iowa's capital, journalist Nickolaus Hines wrote: "Until 2010, breweries in Iowa weren’t permitted to make beer more than 6 percent alcohol by weight. As you can imagine, that really put a damper on craft beer in the Hawkeye State. But in the seven years since the law was lifted, the number of breweries in the state has tripled."

Other places that were named as the best beer cities to visit: Albuquerque, N.M., Birmingham, Ala., Charlotte, N.C., Indianapolis and Miami.

How to plan your own epic Iowa craft beer tour