Pho is a culinary favorite from our large Asian community. And there are 14 places in the Des Moines metro where you can enjoy this comforting soup.

As winter approaches, diners in Des Moines will be hunting for hearty, warming dishes, like soups and stews. And among the most popular in the metro is a gift from our large Asian community — pho.

This Vietnamese soup is traditionally made with a slow-simmered spice-infused beef bone broth. Rice noodles, meat and vegetables are added before coming to your table. For garnishing and added flavor, a plate of fresh bean sprouts, chilies, Thai basil and lime is usually served alongside.

In Vietnam, pho is considered a breakfast food, but Americans eat it any time. The traditional ingredients for pho include tripe and tendon, but as pho gained popular, many variations popped up on menus, including meatballs, chicken, vegetables and seafood.

Some swear by the meal's restorative properties, especially if you had one too many drinks the night before.

There's even a cooking competition every year in Des Moines that celebrates pho — the Pho King Cook-Off, hosted by the Iowa Asian Alliance. This will be the event's third year.

Where to find pho in the Des Moines metro

Pho is readily available in the metro. Here's a list of restaurants where you can enjoy a nice, steaming bowl with all the accompaniments. Pho is on the inexpensive side, so most restaurants serve a big, steaming bowl for less than $10.

This longtime Vietnamese favorite is located on the edge of downtown. The extensive menu has several options for pho and other soups available. 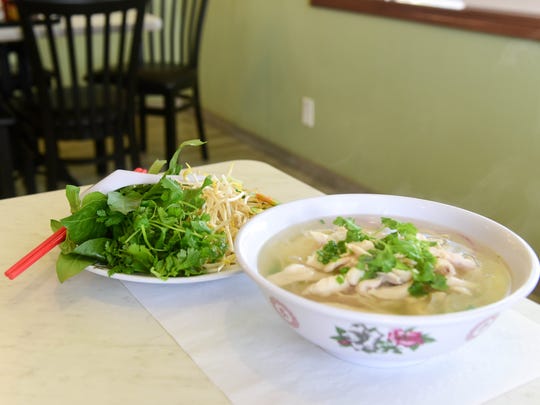 There are eight varieties of pho to choose from at this cozy spot on Des Moines' south side in both medium and large sizes.

The pan-Asian menu at this East Side eatery has a little bit of everything, with a focus on Lao and Thai. But you can also find traditional pho — and pho with seafood, chicken and vegetable. 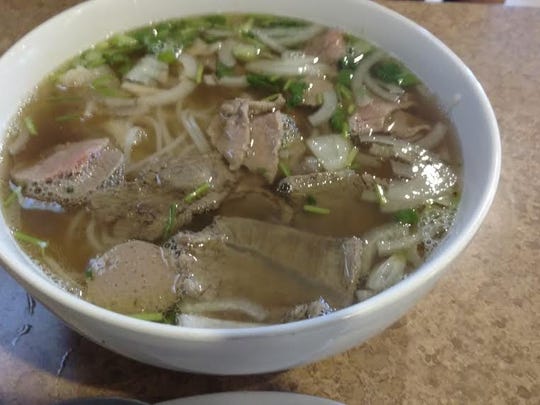 Lucky Lotus is the newest restaurant bringing pho to the Des Moines metro along with other specialties with recipes carried forth by the family who was behind the now-closed Cafe Fuzion on the East Side. Beef, chicken and veggie varieties are available here.

Order pho with beef, meatballs or all three at this restaurant serving Thai and Lao cuisine in Des Moines.

With online ordering, getting pho at this Ankeny eatery is convenient in a range of sizes and combinations, including seafood and vegetarian. There's even pho for kids. 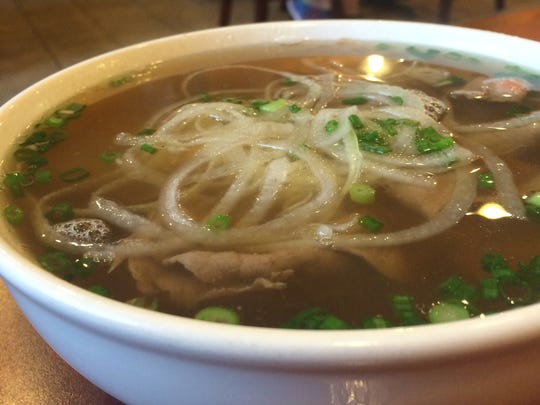 Located inside an international grocery store, Pho 515 has plenty of options to customize your bowl. Chefs from Pho 515 took home the top prize at the 2017 Pho King Cook-Off. 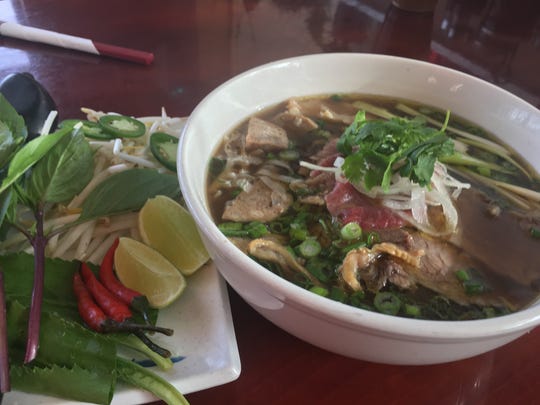 This Vietnamese restaurant located just north of downtown serves traditional pho along with other varieties like chicken.

You can build your perfect bowl of pho with a variety of proteins at this Asian eatery in the Highland Park neighborhood. 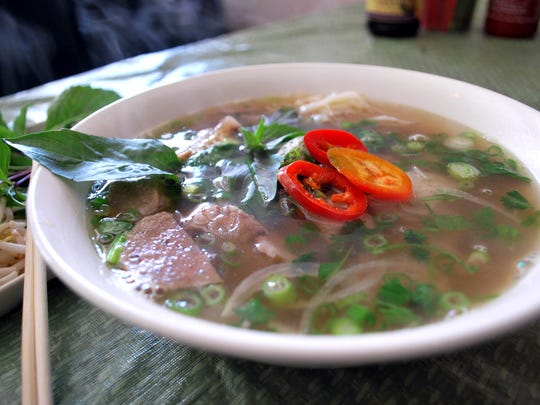 One of the newest pho restaurants to hit the metro, Pho Real serves classic Vietnamese-style pho along with other Asian dishes like street tacos, egg rolls, bibimbap, chicken laap and banh mi on Court Avenue. 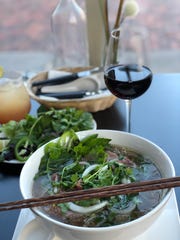 Pho Real Kitchen & Bar is holding its grand opening at 200 4th Street in Des Moines on Aug. 7. (Photo: Special to the Register)

If it's variety you want, it's variety you'll get at this West Des Moines restaurant with 24 kinds of pho on the menu. Order a simple pho with chicken or steak all the way up to the Ultimate Pho with a choice of seven ingredients: noodles, vegetables, beef, pork, chicken, tripe, skirt steak, tendon, shrimp, oxtail, meatballs or tofu.

Enjoy a wide range of pho near the Iowa State Capitol at this restaurant serving a variety of Asian cuisine. There is vegetarian pho, chicken pho and pho with meatballs for the kids.

You can find plenty of Vietnamese comfort food classics at this restaurant, including four kinds of traditional pho and pho ga — pho made with chicken.

There are plenty of customizable options for your pho at this food court vendor in Merle Hay Mall, including beef, chicken, shrimp, meatballs, pork, and tendon. You can even order spicey versions.

Do you have another place to go in the metro for pho that didn't make this list? We can fix that. Email Brian Carlson to have your pho fix added.