A new restaurant in West Des Moines has opened in a game and entertainment complex — and is now serving fried chicken and waffle sliders. The waffles are made with powdered Cheetos Crunchy Flamin' Hot Cheese Flavored Snacks. 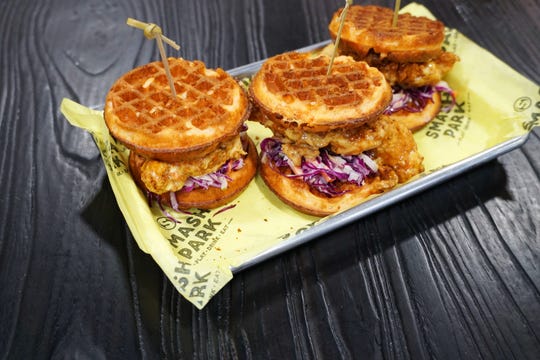 "We originally had chicken and waffles on the menu," said kitchen manager Eric Ceballos, 39. "But we wanted to come up with something new and different for our menu and our restaurant launch."

The waffles are made in-house and Flamin' Hot Cheetos is one of the ingredients in the batter. "We ground up the Cheetos into a powder and it goes into the waffle mix," Ceballos said. "The batter takes on a pink-reddish color." Ceballos came up with the idea for the sliders. 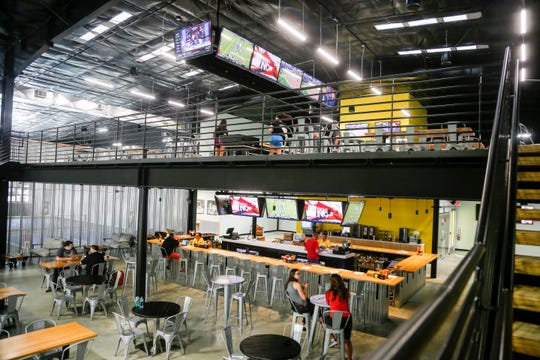 Guests at a soft opening for Smash Park, an activity-based restaurant and bar, on Aug. 14, 2018. (Photo: Zach Boyden-Holmes/The Register)

Ceballos said originally, the restaurant at Smash Park was simply called 'The Kitchen,' a term used in the game of Pickleball.

Court 7 Munchery opened on Tuesday, a rebranding of the existing kitchen with a new menu of shareable items like buffalo chicken nachos served with homestyle fried chicken, smoked cheddar cheese sauce, buffalo sauce, carrots, celery blue cheese crumbles and a side of ranch.

"We wanted to provide a menu with familiar food prepared with a unique culinary twist," said marketing coordinator Ashley Buckowing. "Also, we wanted the menu to match the fun and unique nature of Smash Park." 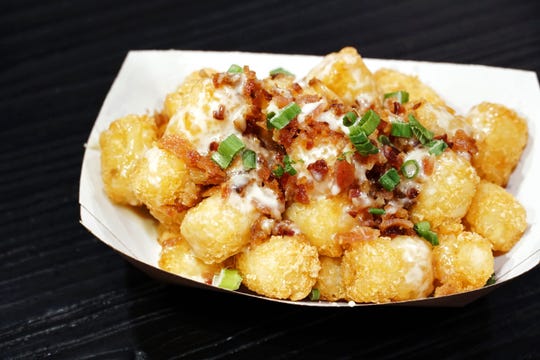 The BTC includes a choice of tots or fries topped with smoked bacon, truffle oil, cheese sauce and chopped herbs at Court 7 Munchery at Smash Park. (Photo: Smash Park/Special to the Register)

A wide range of handhelds like burgers and sandwiches are available, like the Court Seven, a third-pound beef patty with lettuce, tomato, onion and bacon jam on a potato bun.

Or you can get a grilled cheese sandwich called the Stage Five Clinger. It's oozing with muenster, American, fontina, mozzarella, gouda and tomato jam on a griddled fancy bun. You can even order a gluten-free bun for any burger or sandwich.

'Beyond the Bun' offerings include salads and entrees like mac and cheese, seafood, noodles and grain bowls. And there are plenty of sides like poutine, tots, fries and veggie dishes. 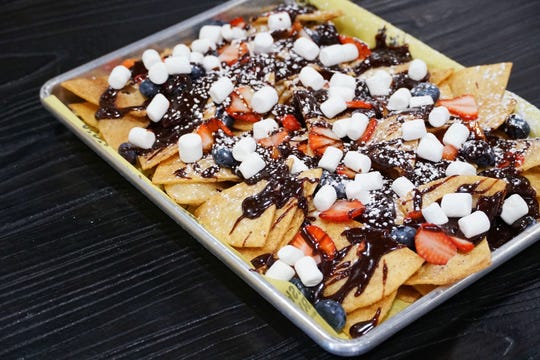 The Nutella nachos from Court 7 Munchery at Smash Park. (Photo: Smash Park/Special to the Register)

For those who need the calories for competition, or for those with a raging sweet tooth, you can enjoy a boatload of cookies, upside-down cheesecake and Nutella nachos.

Only two inside bars are open at the moment, but Buckowing said the two outdoor bars should be open by March 17, weather permitting.

An extensive selection of beverages is available for all tastes like handcrafted cocktails, assorted mules frozen drinks and shots like the (what else?) Pickleback: Foundry Vodka with pickle juice and celery salt.

Beer and cider are available on tap or in cans and bottles, and wine can also be ordered.

But if you're feeling extra-sociable, you can order Socia-Bowls in two sizes — they are sharable cocktails in a range of flavors, including the Purple Nurple made with blue curacao, watermelon pucker and cranberry juice.

Or you can order an industrial-sized vat of Bainbridge Island Tea with vodka, triple sec, rum, gin, tequila and lemonade with a splash of Pepsi. 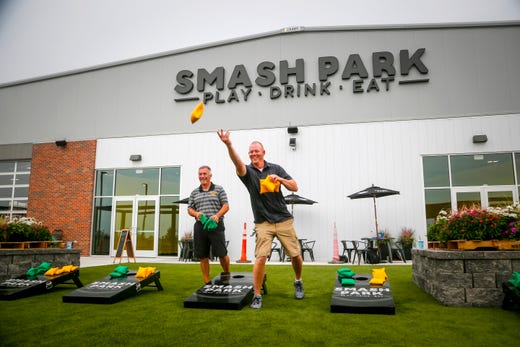 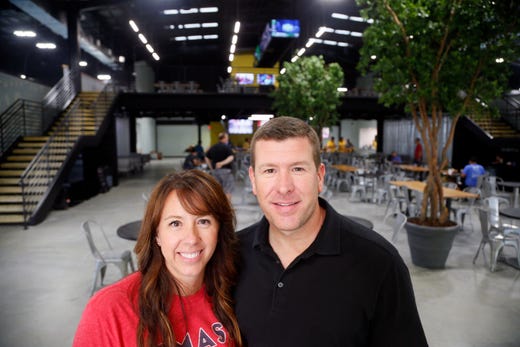 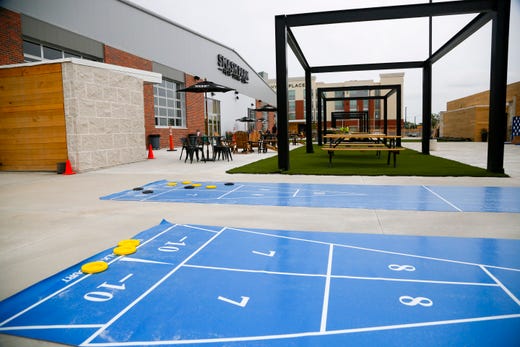 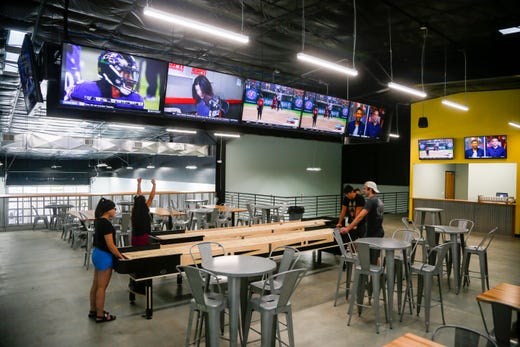 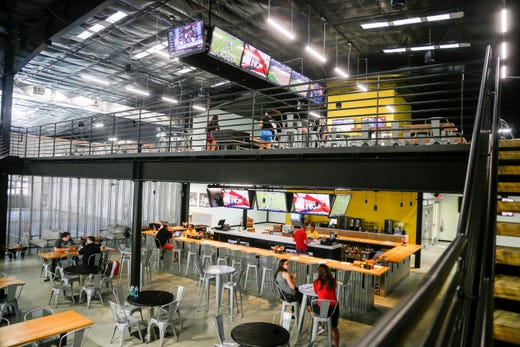 Guests at a soft opening for Smash Park, an activity-based restaurant and bar, on Aug. 14, 2018. Zach Boyden-Holmes/The Register
Fullscreen 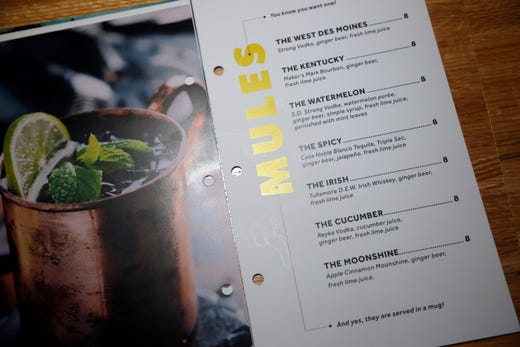 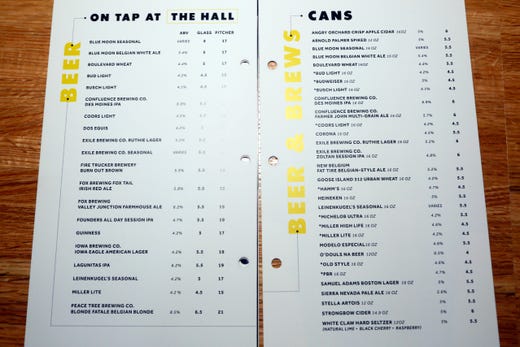 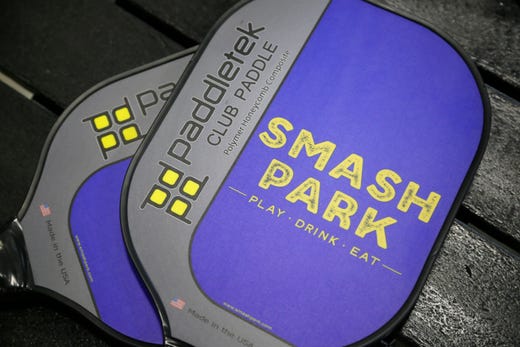 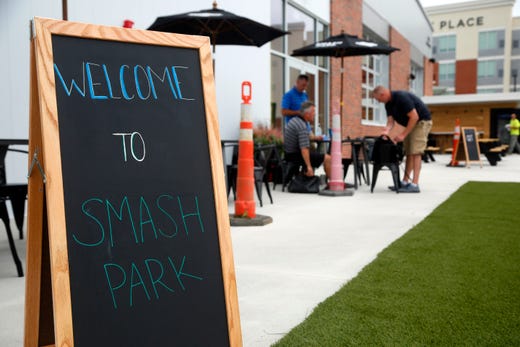 Guests at a soft opening for Smash Park, an an activity-based restaurant and bar Aug. 14, 2018. Zach Boyden-Holmes/The Register
Fullscreen 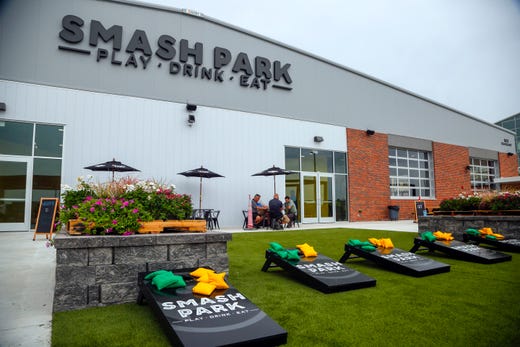