Paul Strome, owner of Sambetti's in Des Moines, passed away on March 25. But his memory will live in the hearts of his family, friends and customers. 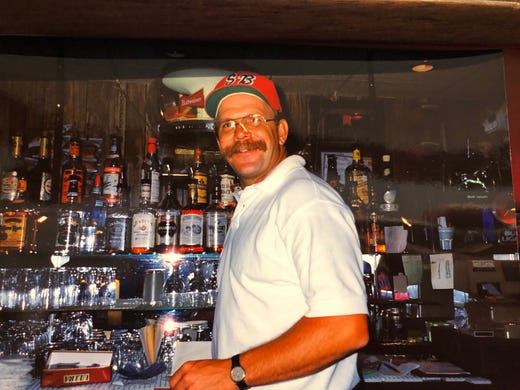 Paul Strome at Sambetti’s. Tiffany Tauscheck/Special to the Register
Fullscreen 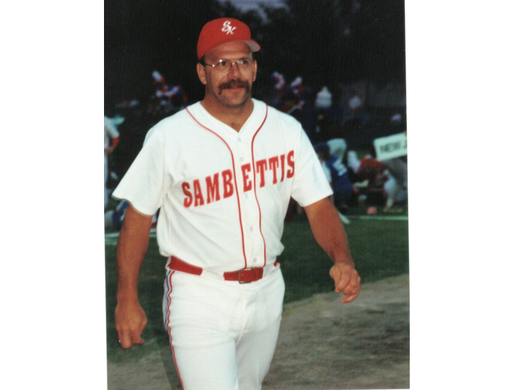 Paul Strome in a Sambetti's uniform. Tiffany Tauscheck/Special to the Register
Fullscreen 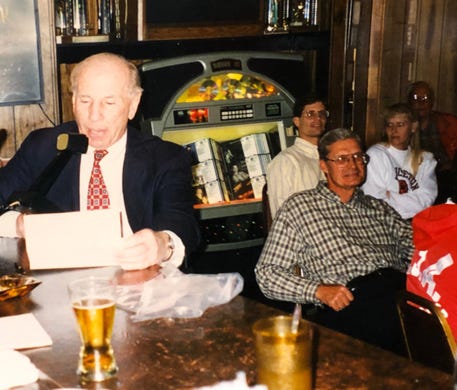 Bill Reichardt (left) was part of the Handball Club that frequented Sambetti’s. He was a friend of Paul Strome. Tiffany Tauscheck/Special to the Register
Fullscreen 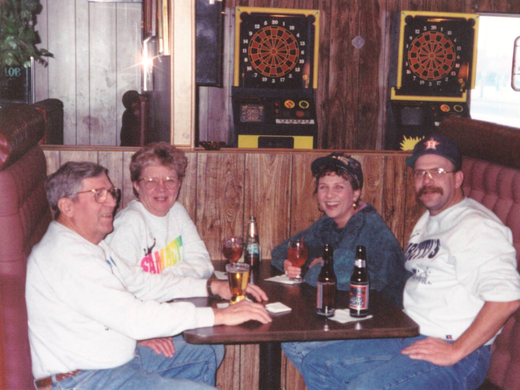 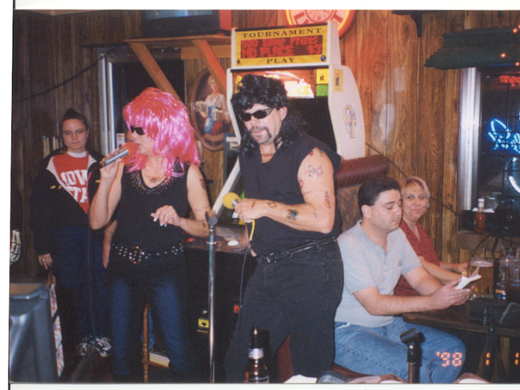 Susan and Paul Strome dressed up for karaoke. Tiffany Tauscheck/Special to the Register
Fullscreen 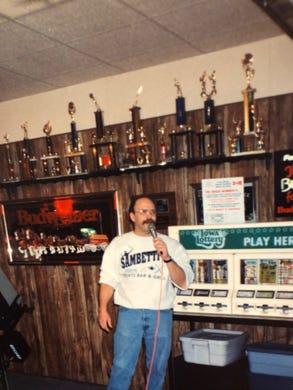 Paul Strome at Sambetti's. Tiffany Tauscheck/Special to the Register
Fullscreen

Paul Strome on a fishing trip in Ontario, Canada. Bill Gray/Special to the Register
Fullscreen 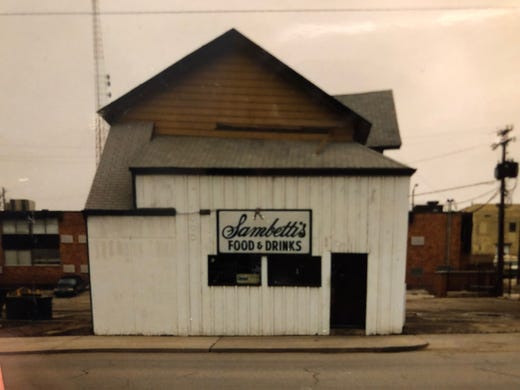 The old location of Sambetti's on 6th Avenue. Tiffany Tauschek/Special to the Register
Fullscreen 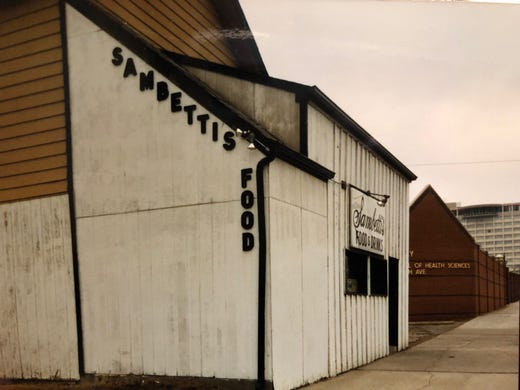 The old location of Sambetti's on 6th Avenue. Tiffany Tauscheck/Special to the Register
Fullscreen 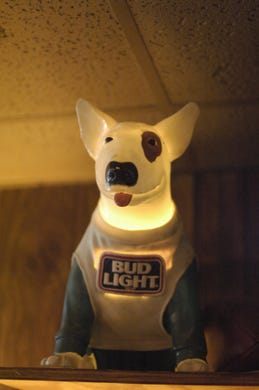 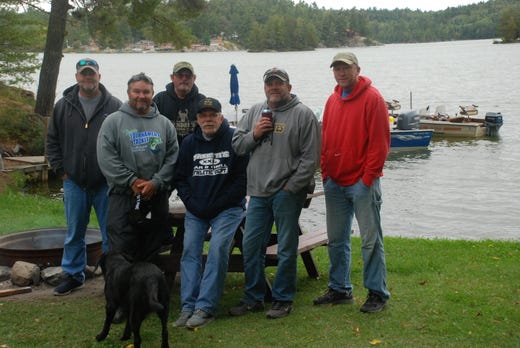 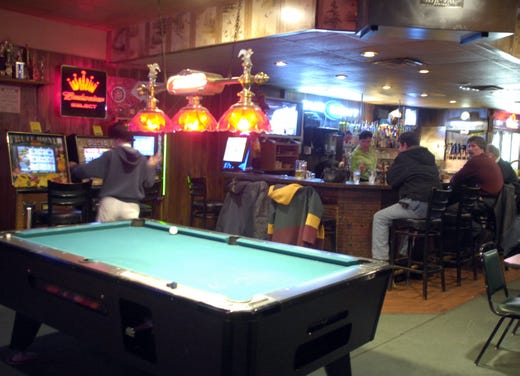 On one of his fishing trips to Canada, Paul Strome was steering his friend's boat on the lake. Of course he was. He always did — and his friends never argued with him.

Suddenly, the boat jerked and vibrated as it passed over something in the water. Strome looked back to the owner of the boat, good friend Bill Gray.

"What was that?" Strome asked.

"Those were rocks you just drove over," Gray said, laughing.

That's just one example of Strome's personality. The owner of Sambetti's — one of the oldest Italian restaurants in Des Moines — was known for his gregarious nature, both by his friends and people who patronized his restaurant.

Strome died unexpectedly on March 25 at the age of 64. He is survived by his wife, Susan, a son, Paul Vernon Strome III, and a granddaughter.

Sambetti's has a rich history in Des Moines that spans decades. Strome bought the restaurant from his parents 1985 and moved it to its current location, at 1430 2nd Ave., in 1992.

That was the same year he married Susan, the longtime executive administrative assistant at the Greater Des Moines Partnership. The two met in 1980 and over the years have enjoyed the companionship of many furry, four-footed "children."

Many who have dined at Strome's restaurant say it is like walking into a relative’s home. Even newcomers to the Sambetti's instantly became friends with Strome, friends say.

Strome's family told the Register they will continue to operate the restaurant and carry on its tradition of hospitality with the help of its dedicated staff.

The restaurant is known for its relaxed atmosphere and approachable food like sausage sandwiches, burgers with crinkle fries, hot wings and its always-available, free popcorn.

And it was known for Paul Strome. 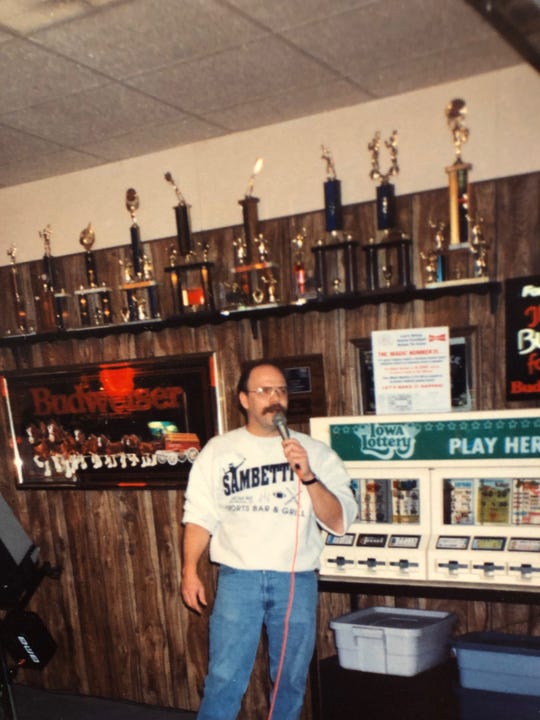 Paul Strome at Sambetti's. (Photo: Tiffany Tauscheck/Special to the Register)

Those who knew Strome best knew say he had giant personality.

When Gray met Strome, it was an instant friendship that lasted decades.

From practical jokes, raucous nightly games of Pitch and making a mess in the kitchen, Gray has plenty of fond memories of his friend and stories to tell.

"To be around Paul 24-7 was absolutely a dream," said Gray, a Des Moines city councilman who met Paul in the 1980s. "He was a lot of fun. It was the most fun you could ever have." 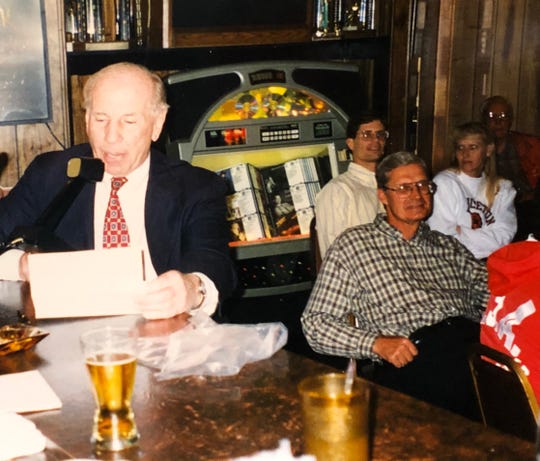 Bill Reichardt (left) was part of the Handball Club that frequented Sambetti’s. He was a friend of Paul Strome. (Photo: Tiffany Tauscheck/Special to the Register)

For Jim Cownie, Iowa businessman and real estate developer, Strome and Sambetti's have been a large part of his life for decades.

"I go back to the old days when the handball guys at the old YMCA called the 'Hinder Club,'" Cownie said. In its heyday, around 100 men were in the club, which was named after a handball term for a foul.

"The handball group was very strong and enthusiastic. ... It was very important to a hundred guys," Cownie said, "and the social center for those 100 guys was Sambetti's."

As a young man, Cownie said he quit the Rotary Club so he could go play handball and then go to Sambetti's during his noon hour.

"It's a good place, a happy place," said Cownie, who added he's been going to Sambetti's after handball for 51 years. "People are good to each other."

Cownie said people from all over town would come to Sambetti's and it was always a "friendly neighborhood place."

"Paul gets credit for that," Cownie said. "He set the culture and the tone by his behavior and he had a very successful place because of it." 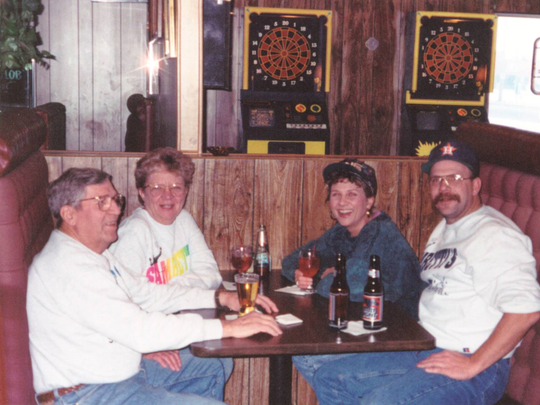 'He was just larger than life'

Strome, a graduate of Des Moines North High School, was an avid sports enthusiast his entire life. He sponsored 20 to 25 amateur sports teams per year.

Almost 300 trophies line the walls at Sambetti's for city and state championships. For his dedication as a sponsor, Strome was inducted into both the Softball and Bowling Halls of Fame.

Gray will tell you, though, that fishing was one of Strome's favorite pastimes.

Gray and his brothers bought a vacation home in a lake community in Canada, about an hour north of the border with Minnesota. Strome began accompanying him on fishing trips with friends and family about 13 years ago.

"Paul enjoyed relaxing there, and setting up the campfires at night," Gray said. "And he loved cooking, too." 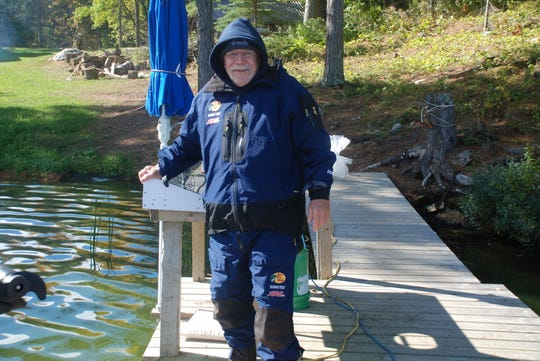 Paul Strome on a fishing trip in Ontario, Canada. (Photo: Bill Gray/Special to the Register)

Gray said Strome brought food for the trips and never asked for anything in return.

"His friendship and his generosity exceed anything I've known in anybody else," Gray said.

But it will be Strome's good-natured ability to laugh at himself that will be remembered the most, his longtime friend said.

"His life got cut short far too soon," Gray said. "He was the life of the party."

The Sunday before Strome died, he invited Gray to come to Sambetti's to watch the Iowa game, but they ended up spending the time talking about plans for the next fishing trip in Canada instead.

"It was just plan after plan after plan," Gray said. "But I got to spend almost the entire day of his last day on Earth with him. It was truly a special moment for me and my family." 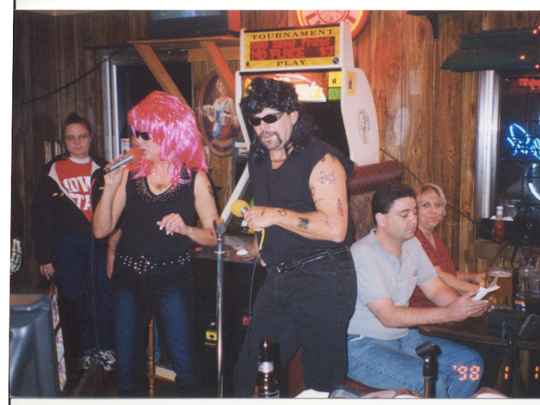 Susan and Paul Strome dressed up for karaoke. (Photo: Tiffany Tauscheck/Special to the Register)

Even though Strome may be gone, Gray said he will always be a regular patron at Sambetti's.

"It's a nice, comfortable place," he said. "You can come in and there's no pretenses. You don't have to put on a show. You can go in there and be yourself and have a good time. It's like a whole family down there."

Larry Bagley, Sambetti's lead daytime bartender, had been friends with Strome since they were 7. He's among several core staff members who have been working at Sambetti's for 10 to 25 years.

"The one thing I want people to remember is Paul was one of the most generous people," Bagley said.

He remembers homeless people coming into the restaurant on occasion and Strome never once hesitated giving them a sandwich.

"I know it's cliche to say, but Paul would give you the shirt off his back if you needed it," Bagley said.

Because they've been lifelong friends, Bagley has many stories.

"When we were younger, in high school, me and Paul and the boys would sneak into Paul's basement at his house and we'd sit and play cards all night," Bagley said. "And his mother Betty would get up and find us in the basement still playing cards and she would run us out of there and get our butts home where we belonged."

One of those cards games was Pitch, of course, along with cribbage. "We spent nights and hours playing until the wee hours." 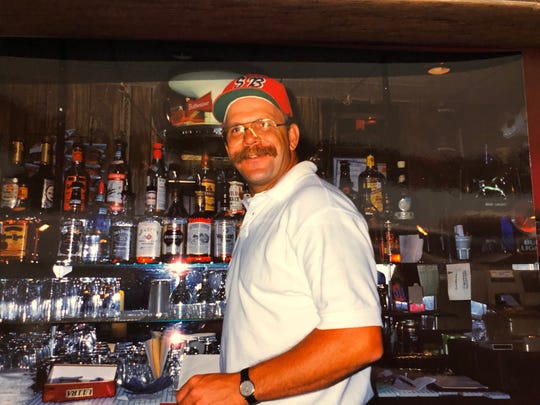 Paul Strome at Sambetti’s. (Photo: Tiffany Tauscheck/Special to the Register)