A new family restaurant in West Des Moines is the realization of a lifelong dream and a father's promise of sobriety to his three sons.

Nothing puts the “kick” in kick-off like a plate of Buffalo Wings. Spice up your Game Day with these Buffalo Wing facts! 10Best

Des Moines restaurateur David Anders sits with two of his three sons at his new restaurant in West Des Moines. He pulls up his jeans to reveal the date of November 19, 2007, tattooed on his leg.

"I would not drink for long periods of time, sometimes three or four months, but then if I drank, it was a problem," said Anders.

Alcohol led Anders to OWIs and public intoxication, which led to probation violations. A judge in Story County eventually woke him up to the seriousness of his problems.

"I thought I was getting a weekend (in jail) and I got three months," Anders said. "I had never been away from my children for more than a week and that freaked me out, so I promised them that when I got out, I that I would never do that again." 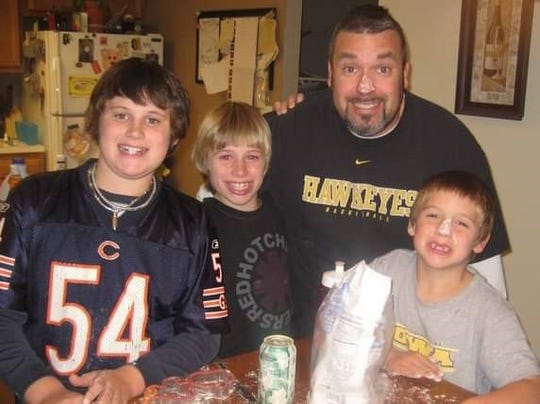 For almost 12 years, Anders, 48, says he has been sober and dedicated his life to raising his sons.

3 Sons Bar & Grill, located at 5906 Ashworth Road in West Des Moines, opened April 22 in the same spot where Legends American Sports Bar and Grill operated for 23 years. It's the realization of his lifelong dream to open a restaurant dedicated to his boys.

The 4,800-square-foot restaurant space has been completely renovated with polished concrete floors, rustic rough-hewn wood accents, widely spaced tables with seating for 165 guests, 18 TVs for plenty of sports-watching, and arcade video games. An outdoor patio is also in the works.

"I've always liked this location," Anders said. "I live in the neighborhood and when it came up for lease, I just grabbed it. I always discussed with my mom that the final restaurant I ever did would be with my boys. And my dad used to watch that old show called 'My Three Sons' in black and white, so I thought it was a really catchy name." 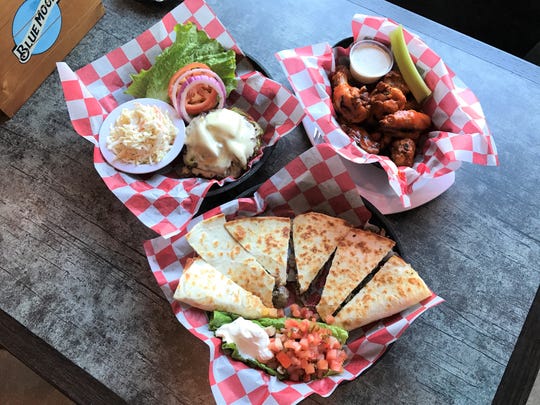 3 Sons Bar & Grill specializes in traditional and boneless wings with 14 different homemade sauces, burgers, salads with homemade dressings and chicken dishes. Burgers are made with half-pound ground chuck served on a toasted brioche bun with lettuce, tomato, onion and pickle with a side.

"I brought the wing recipe," Anders said. "At the Chicken Coop and Thunderhead, we are known for our wings so we do them the same way."

Anders and each of his sons have their own specialty items on the menu:

Other menu highlights include:

Kids' meals include grilled cheese sandwiches, cheeseburgers, chicken strips, mac and cheese, corn dogs, wings and quesadillas with a side and a drink for $5.99.

The full bar includes prosecco, white, rosé and red wine by the bottle and 21 beers on tap in local, domestic and import selections. More than 30 beers are available by the bottle or tallboy cans and a shot of Bulleit Bourbon can be enjoyed with any beer for $5.

► Want to be the first to know what's opening and closing across the metro? Sign up for our new newsletter

Roots in the restaurant business

Anders, a Belmond native and 1995 Mankato State grad with a degree in psychology, got his start in the restaurant industry when he bought a Subway franchise from his aunt in Mindon, Nebraska in 1998. Now he owns seven Subways and one Taco John's franchise that's also in Nebraska. Anders even attended taco school in Cheyenne, Wyoming.

Since that time, he opened The Chicken Coop in Kearney, Nebraska — where his sons were born — and one in Grand Island. Anders moved from Nebraska to West Des Moines 13 years ago to open another location in West Des Moines.

Shortly thereafter, he and his ex-wife divorced. The pair graduated high school together in Belmond and Anders said they continue to have a good relationship today, raising their children jointly.

Since becoming sober, Anders realized he was self-medicating for depression and said he has sought professional help. He sold all of the Chicken Coop restaurants aside from the Urbandale location, which has now been in operation for 7 years. 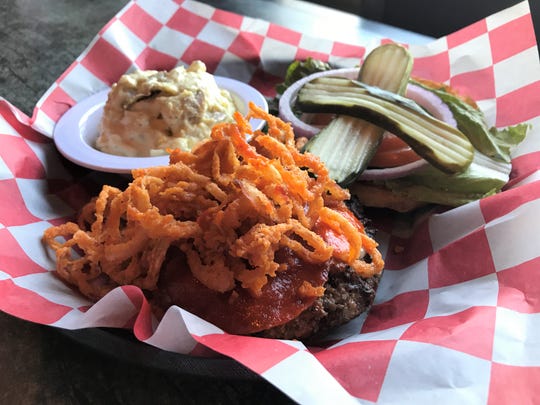 Five years ago, Anders opened Thunderhead in Ankeny. He recently bought out his partners and is in the process of rebranding the bar and grill into more of a Hawkeye-centric establishment.

Anders said restaurant ownership is good for his sobriety because the industry is like family. That family includes 32 employees at 3 Sons and 250 employees total across his 13 restaurants — many who have been with his restaurants for years. Anders is said he is currently supporting a member and family of his kitchen staff who has terminal cancer.

Rarely in his venues in the evenings, Anders chooses to spend time with his kids instead. The entire family is involved in sports — especially football at Dowling and Valley.

"When I built this restaurant and named it 3 Sons, my hope was that they would take it over," Anders said.

Brody works in the kitchen at The Chicken Coop in Urbandale as he takes a year off school before college while Davis and Aidan plan to work as hosts, dishwashers and bussers for the summer.