El Rincón Catracho 2, open seven days a week, offers large portions at prices that will be kind to the family budget.

Want to expand your palate for Honduran cuisine while feeding your family for less than $50? Head a few miles north from the Iowa Capitol and try El Rincón Catracho 2.

It’s an expansion of the original, existing El Rincón Catracho restaurant located a few blocks away. But this new space is bigger and its menu more generous with options for Mexican food (yes, Mexican food. El Rincón Catracho 2, unlike its predecessor, offers up delights from additional Latin American countries).

Whether you go with El Rincón Catracho 2’s Honduran food or Mexican food, expect large portions at prices that will be kind to the family budget.

There’s a lot of food to choose from inside El Rincón Catracho 2’s menu, but I went with a fried pork plate from the Honduran food section (on the menu it's called the chuleta con tajadas de guineo verde). Price: $11.99.

My plate — which included a large piece of pork with a side of plantains, tomatoes, slaw and pickled onion — was massive, and I felt initially overwhelmed at where to even start. 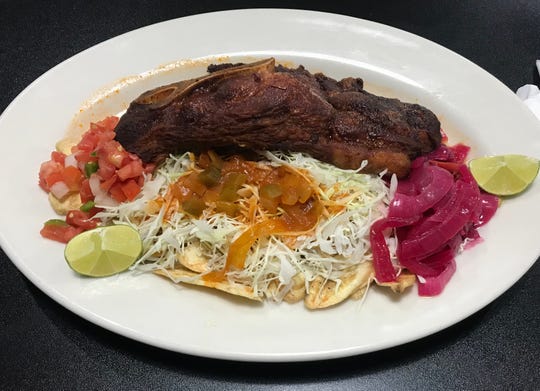 But I got over that when I bit into the pork. It had a nice crust on the outside but it was tender and juicy on the inside.

The perfection of the pork reminded me of the Latinx restaurants situated in every block in my hometown of Miami. That's probably because El Rincón Catracho 2 and its predecessor are owned by a Honduran family.

My dining partner picked a diced beef tongue plate from the Mexican food menu section that was steeped in ranchero sauce (called the guisado de lengua) Price: $12.99. The plate — which included a side of rice, beans, tomatoes and lettuce — was larger than his head.

When my dining partner bit into the beef, he described it as tender and moist. The ranchero sauce, which included jalapenos, was spicy but that was offset by the mix of items on his plate. 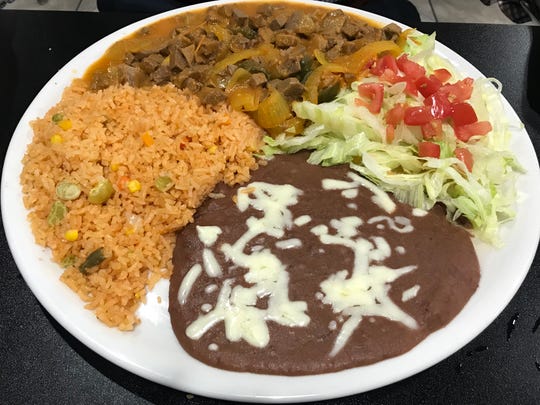 As I’ve noted, the portion sizes were extremely generous, personally giving me enough leftovers for a tasty next-day lunch. A family could easily split a few plates and really keep the bill down. Plus, there’s a kid menu.

The total bill for the two of us was $31.01, which included beverages but was before tip.

El Rincón Catracho 2 is spacious and the design is simple (so simple that the national Honduras flag is the main sign outside). The spaciousness is notable, since the original El Rincón Catracho can't fit many visitors and has a little hole-in-the-wall feel to it.

We ate at El Rincón Catracho 2 on a Tuesday night around dinnertime and just a handful of customers were in there at the time.

The waiting staff predominantly speaks Spanish. But the menu descriptions are in English and photos of a lot of the plates are included in the menu. If you don’t speak Spanish, it’s absolutely no barrier.

It feels like the owners are still figuring out the new space and the vibe, but it's ultimately a neighborhood restaurant that's focused on food and not being flashy. That's part of its charm.

Barbara Rodriguez covers health care and politics for the Register but enjoys writing about dining experiences, too. She can be reached by email at bcrodriguez@registermedia.com or by phone at 515-284-8011. Follow her on Twitter @bcrodriguez.