The Fray, Yes and Toto coming to Iowa State Fair

The Fray, Yes and Toto coming to Iowa State Fair 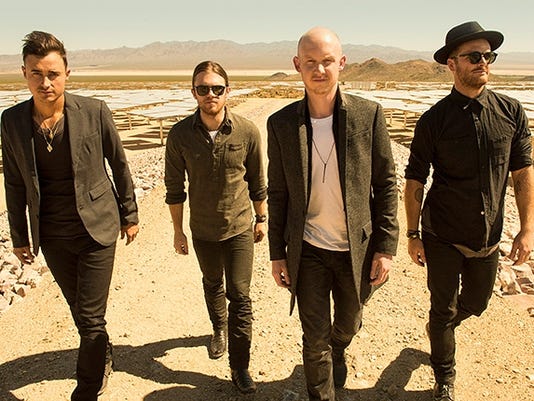 The Iowa State Fair has added two more Grandstand shows. For classic rock fans, Yes and Toto will co-headline on Aug. 18. "How to Save a Life" pop rockers The Fray perform Aug. 21.

Yes is known for its tunes like "Roundabout" and "America," as well the awesome Roger Dean album covers that graced the band's work. Toto's hits include "Africa," "Rosanna" and "Hold the Line." Last month Toto bassist Mike Pocaro passed away from ALS.

The Fray's hits include "Over My Head (Cable Car)," "You Found Me" and "Never Say Never." Last Year The Fray released its fourth album, "Helios." Andy Grammer opens the show.

Tickets to Yes and Toto are $35, tickets to The Fray are $38. Tickets to the entire Iowa State Fair Grandstand lineup go on sale April 18 through Ticketmaster.