“This is the first album I’ve done completely on my own. ” 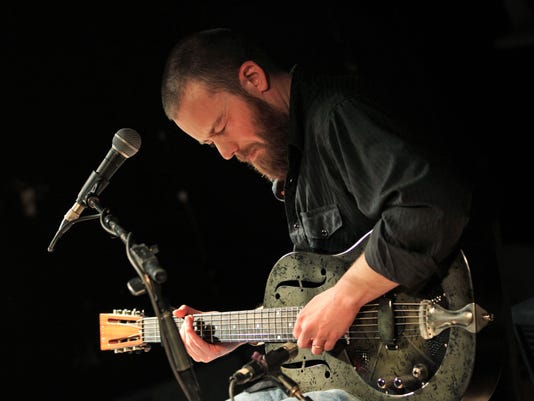 Q: “Sawdust and Gasoline” is your first solo album in almost 10 years. What was your approach after working with your band, The Thunderbolts, for so long?

This is the first album I’ve done completely on my own. Even on my first album Michael (Swanger) and Scott (Cochran) played on a few songs. This one I did completely on my own and just like anything there were pros and cons. It’s been kind of a difficult transition because the band was successful, to a point. It was pretty recognizable and well known. On my own it sort of feels like starting over. It’s a little tougher to get attention as one person, but in the recording it was nice to have the freedom to do whatever I wanted and not have to work around others’ schedules.

Q: Blues has a lot of time-honored tropes, as well as cliches. When it comes to writing, how do you try to do something different?

That’s kind of the trick about it, a lot of the blues is the same thing over and over. I try not to think about it, really. I don’t honestly put that much thought into a song, I let things happen naturally. I’ve never written a single word down. When it gets in my head, I roll with it. Then I do it over and over again until I remember it.

Q: It’s been a few years now since Blues on Grand closed down. What do you think of the current state of Iowa blues?

In terms of talent and the players in town, I don’t know if its ever been better. I’m constantly amazed at the talent that a city the size of Des Moines has. It’s very humbling to be a part of the quote unquote scene.