It went up on a Tuesday. 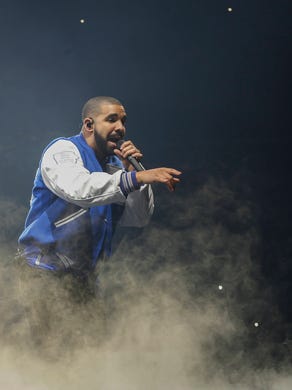 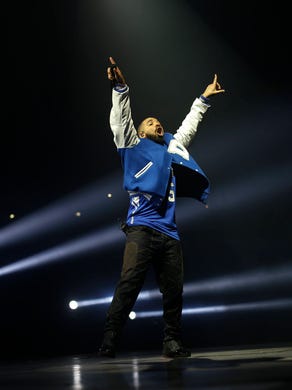 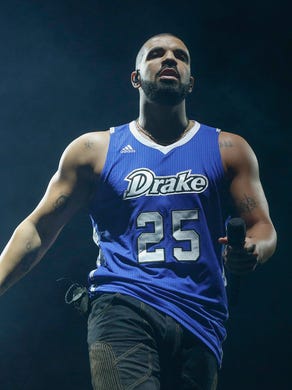 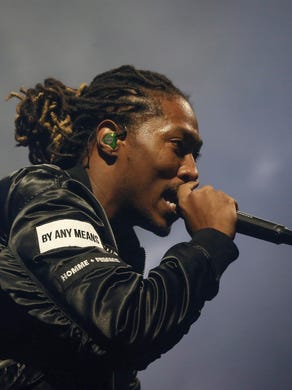 Edgar Lancerio and Rima Hadgi of Lincoln, Neb, pose for a photo before the Drake concert on Tuesday, Oct. 4, 2016, at Wells Fargo Arena in Des Moines. Bryon Houlgrave/staff photo
Fullscreen

Fans of hiphop artist Drake line up to go through security before the concert on Tuesday, Oct. 4, 2016, at Wells Fargo Arena in Des Moines. Bryon Houlgrave/staff photo
Fullscreen

Fans of hiphop artist Drake line up to go through security before the concert on Tuesday, Oct. 4, 2016, at Wells Fargo Arena in Des Moines. Bryon Houlgrave/staff photo
Fullscreen 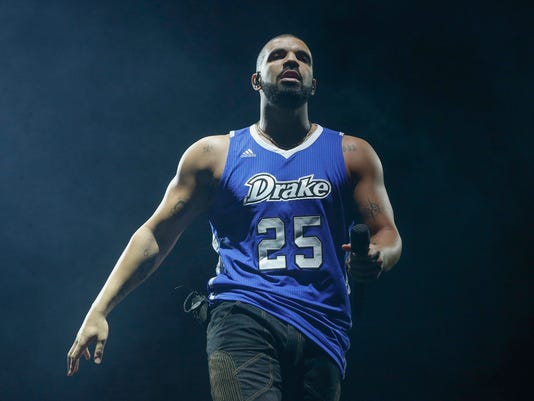 Called by organizers the biggest hip-hop show in the 11-year history of Wells Fargo Arena, the “Summer Sixteen” tour proved to be well worth the wait. Ripping through songs from his chart-topping discography, Drake and Future performed for roughly two hours and twenty minutes — delivering full tracks, snippets of numbers and lighting-fast medleys.

Drake made it to Drake University after all

An effort worth marveling at, Drake used the arena-sized stage like a rocket-launcher to deliver dose after dose of energy to the crowd of 13,122. As each hit came in, the crowd continued to reciprocate the dancing, jumping and overall vigor brought by Drake.

And, for Drake, the love from the crowd didn’t go unnoticed.

“This crowd is on automatic legendary status right now,” he said between songs and pyrotechnic explosions from the stage. “I’m not doing a tour unless we’re coming to Des Moines, Iowa for two nights. Not one night, two nights.” 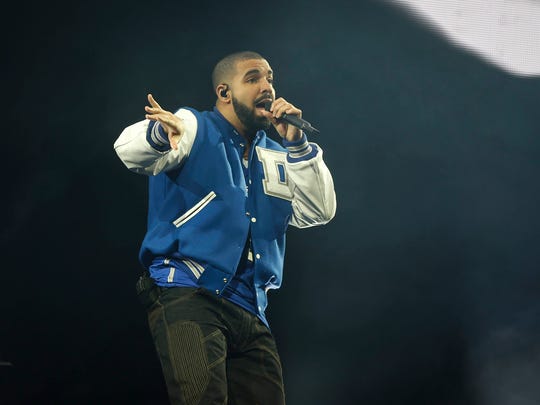 The set leaned heavily on Drake’s latest studio release, the No. 1 Billboard dominating effort “Views.” Hits like “Hotline Bling” and “One Dance” were welcomed with open arms, as were “Views” numbers such as “Feel No Ways” and “9.” With the show running into the midnight hour, he performed more than 30 tracks in total.

True to an arena spectacle, Drake’s set up provided a respectable level of bang and flash. A set of about 100 lighted, circular orbs floated over the top of the crowd, changing color and pattern with each song. Fans even found Drake floating through the crowd on a mini-stage, singing and swaying in the face of those placed in the back of the room.

KNOW WHAT'S COMING TO DES MOINES: Sign up for the twice-a-week Your Morning Juice e-newsletter.

Drake made it to Drake University after all

He spent much of his time between songs praising the crowd, calling it one of the best shows of the tour and insisting he must return to Iowa. A bit over-the-top, but it added fuel to the crowd’s blaze.

And, naturally, the superstar didn’t leave the room without giving a crowd-pleasing shout-out to a couple of local universities — while sporting gear from Drake University. 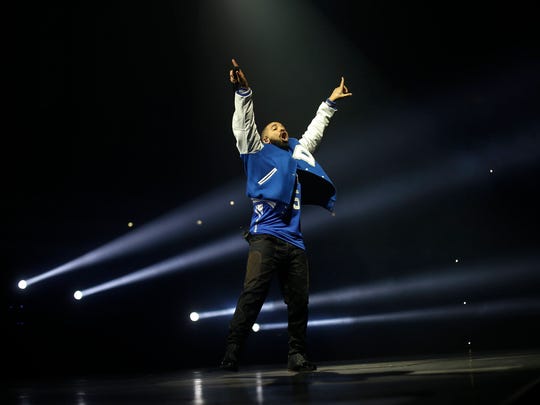 “We’ve never performed here, right?” he said. “Those are the special ones. Live in Iowa. Shout out to Drake University. Shout out to Hawkeyes fans, man.”

No, Drake will not visit Drake University campus before concert

The set list filled out with songs spanning Drake’s diverse catalog of infectious R&B-meets-rap-meets-pop styling. Numbers like “Started From The Bottom” and “Trophies” stuck out for their raw presentation, while numbers like “HYFR” and set opener “Summer Sixteen” sent Wells Fargo Arena into a complete frenzy.

Atlanta-proud trap artist Future took the stage during the middle section of the set, performing solo and two numbers, “Jumpman” and “Big Rings,” with Drake. Engulfed in flames rising from the stage during most of his set, he dropped fan-favorite numbers such as “Same Damn Time” and Ty Dolla $ign collaboration “Blasé.”

Closing with “Legend,” Drake paused before his last song. He sat his microphone on the ground, removed his in-ear monitor and put his hand on his chest, nodding at the crowd. The subtle notion was met with a roaring ovation from the crowd.

“It’s a beautiful thing to look around and see 13,000 people from all races and all places (getting) together just to enjoy some music and just to enjoy some love,” he said. “My name is Drake and I’m from Toronto, but tonight I feel right at home.”

More than six years since his debut full-length record, it was Drake’s first show in Iowa. And fans can only hope it won’t be his last.

Matthew Leimkuehler reports on music for The Des Moines Register, Datebook and Juice. He enjoyed the views at the Drake show. You can reach him at mleimkuehler@dmreg.com, via Twitter @mattleimkuehler or by phone at 515-284-8358.