The Des Moines brewery wants to celebrate a half-decade of serving Iowa beers.

Watch as head brewer Joey Hansen starts to create 'High Tide,' an Australian pale ale being produced through a collaboration with 13 other area breweries for Des Moines Beer Week in June 2016.

Beer fans giving a toast during the 2017 Run to Exile at Exile Brewing Co. in Des Moines, Iowa.(Photo: Archi Trujillo of Converging Photography/Special to the Register)

Beers and bands plan to take over the southwest corner of downtown Des Moines this Saturday as Exile Brewing Co. celebrates a half-decade of slinging brews in Iowa’s capital city with an all-day block party.

Exile plans to close Walnut Street between 15th and SW 16th streets for the party, with the music main stage located on west side of the block. Admission costs $20 in advance and $25 at the door. Organizers hope to bring 1,500 to 2,000 to the event.

“We tossed around the idea of doing live music,” said Nick Cervine, Exile market manager. “That idea grew into ‘let’s do a music festival.’ We really [want] to celebrate the five-year journey.” 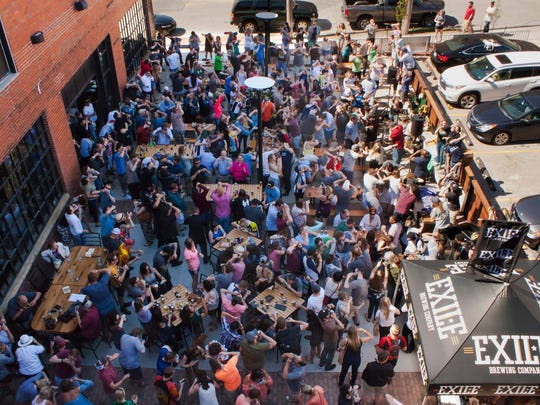 Once in the street party, cans of Exile staples such as the Bavarian wheat beer Hannah and fan-favorite Berlinner Weisse beer Beatnik Sour can be purchased at $4 each. Draft beers planned to be served include Exile seasonals and flagships such as the Ruthie lager and Zoltan session IPA. A strawberry rendition of Exile’s Bohemian sour ale series is set to be released on the day of the party, too, organizers said.

In addition to music and craft beer, Cervine said entertainment will include a head-shaving booth, where party-goers can pay to shave a portion of hair off a volunteer’s heads. The money raised from the shaving plans to be donated to the Children’s Cancer Connection.

Also included in the price of admission is the chance to partake in a stein-holding competition — a contest in which participants test who can hold a stein of beer with a straight arm the longest — which Cervine said kicks off at 5 p.m.

“Music and sunshine,” Cervine said. “It doesn’t get much better than that.” 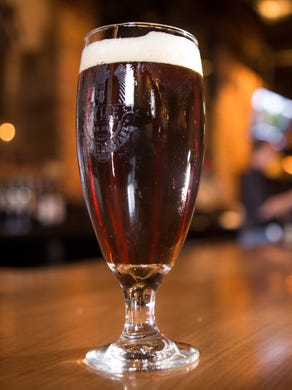 James Hudec, of Kansas City, Mo., worked in the brew chamber at Exile Brewing Company. He was assisting in the making of the second patch of the day of " Ruthie " the brewing company's Munich Gold. Bill Neibergall/The Register
Fullscreen

James Hudec, of Kansas City, Mo., worked in the brew chamber at Exile Brewing Company. He was assisting in the making of the second patch of the day of " Ruthie " the brewing company's Munich Gold. Bill Neibergall/The Register
Fullscreen

John Woodford, of Des Moines, worked in the brew chamber at Exile Brewing Company. He is the brewmaster and was assisting in the making of the second patch of the day of " Ruthie ", the brewing company's Munich Gold. Bill Neibergall/The Register
Fullscreen 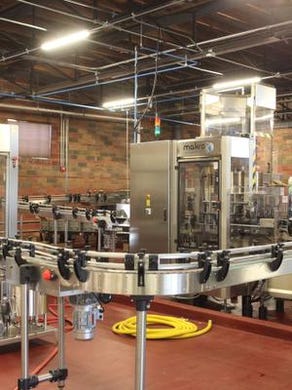 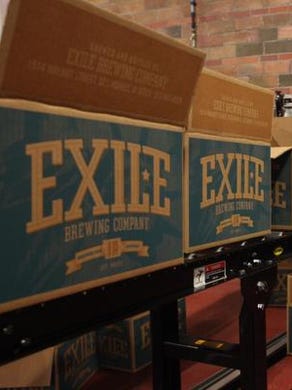