Can confirm: Pulp Non-Fiction is *not* a $5 milkshake.

Head to DesMoinesRegister.com/BeerBrackets to vote for your favorite Iowa brew in the four-region, six-round tournament. 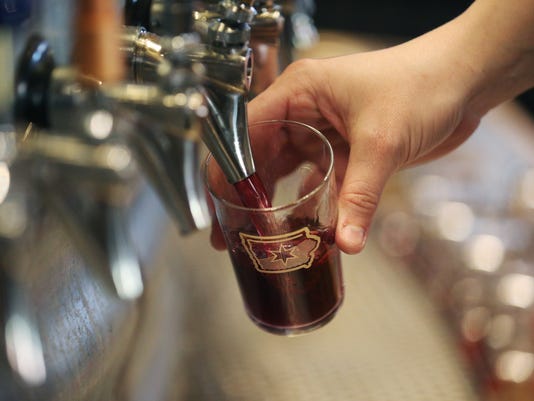 Oreo Speedwagon? Tragedy of the Commons? Pulp Non-Fiction? Where do some of these Iowa beer names come from, anyway?

With the Des Moines Register Beer Brackets in full swing, we asked a handful of local brewers featured in this year’s six-round, 64-beer tournament to share the origin story behind some of the contest’s more fascinating names.

Sample the stories the stories below — and don’t forget to vote for your favorite at DesMoinesRegister.com/BeerBrackets.

What's Beer Brackets?: Here's what you need to know about the Register's all-Iowa beer tournament

Oreo Speedwagon (Lake Time Brewery): There’s no fighting the feeling a sweet milk and chocolate stout gives you. Lake Time owner Bob Rolling said he and his team were having trouble naming the winter seasonal last year, so he enlisted the advice of an outsider — a long-time supporter of the brewery — who retorted on demand with the soft-rock pun. It worked: Iowans can’t stop lovin’ Oreo Speedwagon, so Rolling decided to brew it year-round.

Drugstore Cowboy (Franklin Street Brewing Co.): Plot twist! The beer is not named after the 1989 Matt Dillon film of the same name. The New England-style IPA takes its name from the “drugstore cowboy” textbook definition: “a person who acts or dresses like a cowboy … but has no cowboy experience.” Brewers found the sentiment fitting considering it was Franklin Street’s first take on the beer style.

Raspberry Beret (Deb’s Brewtopia): An ode to the Purple One. A nod to his Royal Badness. A dedication to the legendary Prince. A raspberry and chocolate oatmeal stout from the Elkader brewery, the beer took its name shortly after Minneapolis’ most beloved musician died in April 2016. But, hopefully, you don’t buy this beer in a second-hand store. Fresh from the keg only, please.

VOTE NOW: Beer Brackets are back! Vote now for the Iowa beer you love most 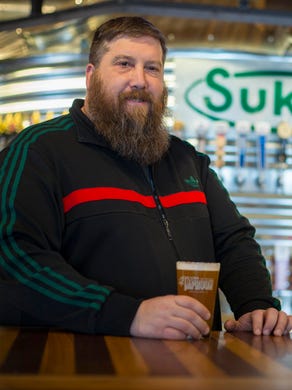 Jeff Bruning shows off the 64-foot bar that circles around a silo at the Iowa Taproom, home to 160 beers. Rodney White/The Register
Fullscreen 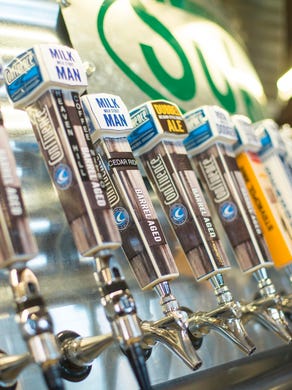 Old signs and tables made from repurposed barn floor boards are design elements at Iowa Taproom, a theme that echoes throughout the space. Rodney White/The Register
Fullscreen

Iowa Taproom, a 7,200-square-foot bar and restaurant in the former Dilley Manufacturing building, will feature a patio and a deck in the alleyway. Rodney White/The Register
Fullscreen

Salvaged items decorate the Iowa taproom, a theme that echoes throughout the space that uses furnishings made in Iowa or materials salvaged in the state. Rodney White/The Register
Fullscreen 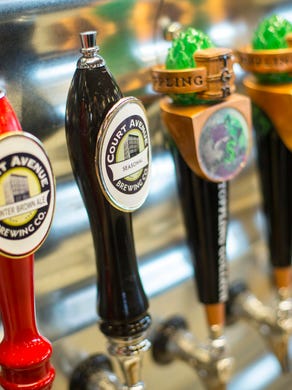 Among the design standouts at the Iowa Taproom: A 64-linear-foot bar wraps around a silo dispensing brews in a half hexagon shape covered with an 1880s countertop salvaged from a bar in Jewell, Iowa. Rodney White/The Register
Fullscreen

A 64 linear-foot bar wraps around a silo dispensing brews in a half hexagon shape covered with an 1880s countertop salvaged from a bar in Jewell, Iowa, a theme that echoes throughout the space that uses furnishings made in Iowa or materials salvaged in the state. Rodney White/The Register
Fullscreen

The 7,200-square-foot bar and restaurant Iowa Taproom will open in the former Dilley Manufacturing building and feature a patio and a deck in the alleyway. Rodney White/The Register
Fullscreen

Jeff Bruning shows off the Iowa Taproom with 160 beers from the Hawkeye State on tap. Rodney White/The Register
Fullscreen

White Trash American Lager (New American Brewing Co.): Some could find the name offensive, but for New American co-owner David Bryan, it’s an ode to his upbringing in Wichita, Kansas; a dedication to the family he loves and the cheap beer they drink.

“The quality of the beer that my family drank was not nearly as important as the cost of the beer,” Bryan said. “It was important for me to pay homage to my cheap-beer-loving and colorful history.”

Tragedy of the Commons (Iowa Brewing Co.): Because there aren’t enough beers named after social sciences terminology, duh. This Great American Beer Festival medal-winning California Commons takes its in name in-part from its beer style, said Iowa Brewing brand manager Joseph Servey. The tragedy part? A term used to describe when individuals act in their own self-interest contrary to the “common good.”