These breweries have taken the top U.S. brewery honors 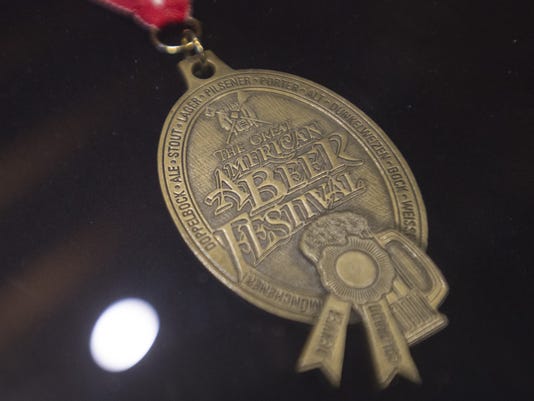 A gold medal from the Great American Beer Festival sits in a frame at Equinox Brewing on Thursday, September 28, 2017.(Photo: Austin Humphreys/The Coloradoan)

The annual "Super Bowl" of the American brewing industry saw a record 7,923 entries for 99 total categories.

A collection of 276 judges hailing from 13 countries awarded gold, silver and bronze medals to most categories — despite 105 entries in the fruited American-style sour ale category, no gold medal was awarded.

The American-style IPA category featured a record 408 entries and was the last to be announced.

Here's all of the 2017 gold medals in order of how they were announced:

Sweet as Pacific Ale by GoodLife brewing of Bend, Oregon

Razz against the Machine by Little Machine Brewing of Denver 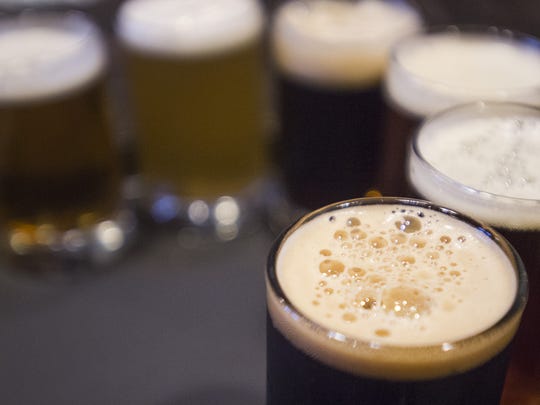 A flight of beer is served at Equinox Brewing on Thursday, September 28, 2017. (Photo: Austin Humphreys/The Coloradoan)

Unite The Clans by Third Spice Brewing of Milwaukee, Wisconsin

Funk Yo Couch by Wiley Roots Brewing of Greeley, Colorado

Hurly Burly Port barrel-aged barleywine by Out Of Bounds Brewing of Rocklin, California

Rocket 100 by The Austin Beer Garden Brewing of Austin, Texas

A beer sits on the bar ready for a thirsty customer at Equinox Brewing on Thursday, September 28, 2017. (Photo: Austin Humphreys/The Coloradoan)

Large brewpub brewer of the year

Low Boy by On Tour Brewing of Chicago

Very small brewer of the year

On Tour Brewing of Chicago

Brewery group of the year

Hold The Reins by Brink Brewing of Cincinnati, Ohio

Small brewer of the year

Mid-size brewer of the year

Mid-size brewpub of the year

Rye saison by Base Camp Brewing of Portland, Oregon

#Quadgoals by 515 Brewing of Clive, Iowa

Porter by Back East Brewing of Bloomfield, Connecticut

Small brewpub of the year

Wall of Sound by Stereo Brewing of Placentia, California

The Russian by 2SP Brewing of Aston Pennsylvania