'It's kind of chaotic to put a song out randomly in all of the Grammy stuff,' Maren Morris said of her new single, 'Common.' 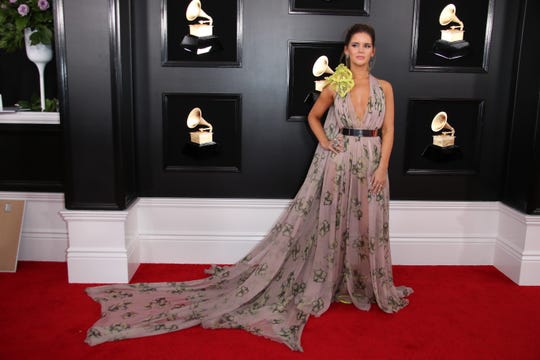 Maren Morris is one of country music's brightest stars and had five Grammy nominations this year.

It's another multiple Grammy nominee and winner, however, who is featured on Morris' new song, which dropped Friday.

"Common," was co-written by Grammy nominee Sarah Aarons and features Brandi Carlile. Carlile won Grammys for best American roots performance and best American roots song for her single, "The Joke," plus best Americana album for "By The Way, I Forgive You." She was also nominated for coveted record, song and album of the year awards for the same set.

Morris and Carlile teamed up for "Common," a track from Morris' new album, "Girl," which will be in stores March 8. When fans pre-order the album, they will receive the song instantly.

"It's kind of chaotic to put a song out randomly in all of the Grammy stuff," Morris said ahead of Sunday's Grammys. "But with Brandi being nominated, myself being nominated and Sarah Aarons, who I wrote the song with, being nominated for 'The Middle' for song of the year, it just felt like such a fun celebration to put this song out for the pre-order of the record. We're all going to be drinking champagne this weekend." 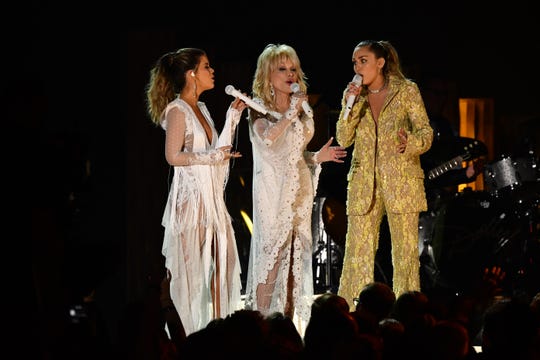 From left, Maren Morris, Dolly Parton, and Miley Cyrus perform "After the Gold Rush" as part of a tribute to Dolly Parton at the Grammys on Feb. 10, 2019. (Photo: ROBERT HANASHIRO, USA TODAY)