It was "Queen" night on Sunday's "American Idol," which saw two more contestants pack their bags as the singing competition heats up.

Another two bite the dust.

At the end of Sunday's Queen-themed episode of "American Idol," Walker Burroughs and Alyssa Raghu were sent home after failing to receive enough of viewers' votes. Their eliminations weren't entirely shocking: Raghu was nearly cut two weeks ago before judge Katy Perry saved her. And while Burroughs is certainly charming, he lacks the stage presence and originality of more dynamic performers such as Alejandro Aranda and Madison Vandenburg.

Standouts of the episode included the gravelly-voiced Wade Cota, who powered through Queen's "We Are the Champions," and country favorite Laci Kaye Booth, who delivered an understated rendition of the band's "Love of My Life." 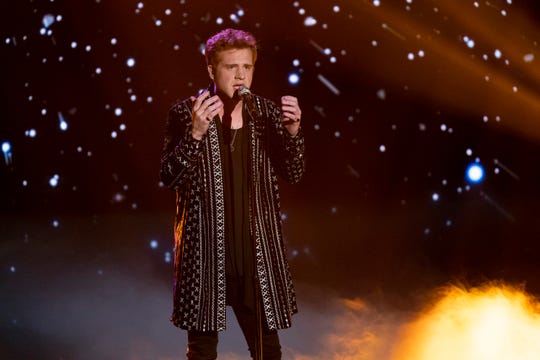 But the highlight once again was Jeremiah Lloyd Harmon, who consistently turns in the most heartfelt, pitch-perfect performances. The 26-year-old music teacher belted out an impassioned and captivating "Who Wants to Live Forever," made all the more emotional by his parents' presence in the audience.

Harmon has spoken freely throughout the season about his strained relationship with his religious parents after he recently came out as gay. Although he has been supported during past episodes by his boyfriend and sister, this was his parents' first time attending the show.

"You really embodied the spirit of (Queen frontman) Freddie Mercury with that performance," Perry said afterward. "It was like you froze time, it was so beautiful. It was so beautiful seeing you perform in front of your parents for the first time and it's so wonderful to see your journey."

"Jeremiah, you just continue to spoil us," fellow judge Luke Bryan added. "It was such an emotional ride and you have a real knack for that. It was a complete journey that built and built and built, and then you just took it to the next level. I loved every second of it."

Asked by host Ryan Seacrest for his review, Harmon's dad said, "That was very powerful. It's another great performance. I'm not very objective, but I think he's the best one here."

Now only six contestants remain on this season of "Idol," which continues next Sunday on ABC (8 EDT/PDT) with two more eliminations. 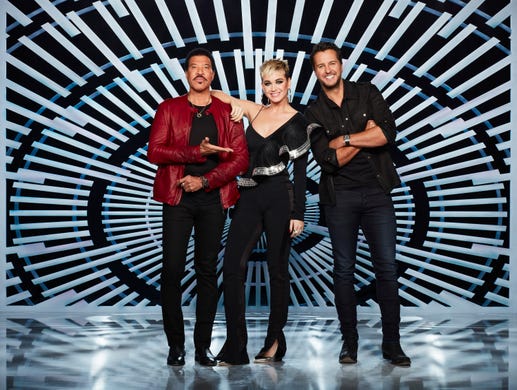 "American Idol" judges Lionel Richie, left, Katy Perry and Luke Bryan said goodbye to Wade Cota and Laci Kaye Booth during Sunday's episode. So which finalists made it to the Top 3 and will head to the two-part season finale?  Craig Sjodin, ABC
Fullscreen 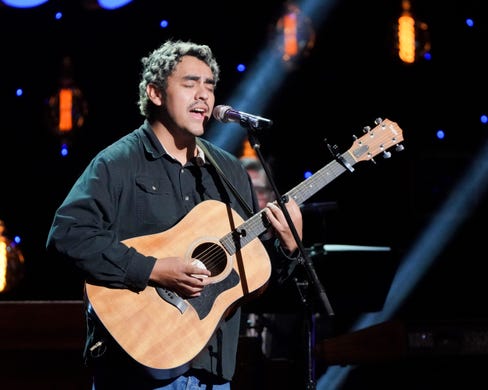 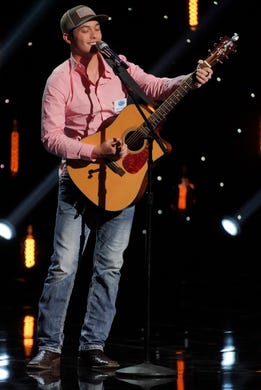 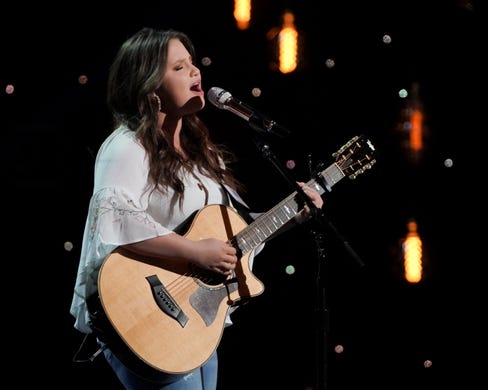