Von Maur is continuing its plans to build a store on the north side of the Jordan Creek Town Center, mirroring Scheels.

Von Maur will debut the two-level store in the fall of 2022. The store will feature an updated floor plan including several redesigned departments including juniors, women’s clothing, shoes, dresses, young men’s, cosmetics and lingerie.

That could be an issue for Valley West Mall.

The Iowa-based department store chain has been an anchor at the West Des Moines mall since its grand opening in 1976.

That could leave two Von Maur stores in a one-store town. 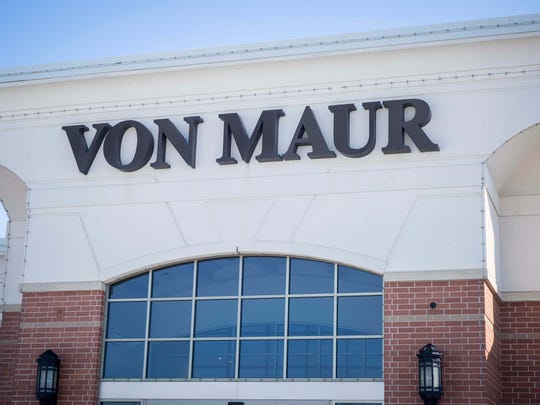 Von Maur President Jim von Maur was in West Des Moines Wednesday, Feb. 7, 2018, to make the announcement that they plan to open a store at the Jordan Creek Town Center mall in West Des Moines in 2022. The store is expected to be built near Younkers on a space mall owner General Growth Properties Inc. has long designated for a fourth anchor store. (Photo: Rodney White/The Register)

Speculation has swirled about the store's future at Valley West since it announced plans to build at Jordan Creek.

Jim von Maur did not say the Valley West location would close. The company has not announced whether it's made a decision on the store's future.

When asked about plans to revitalize Valley West Mall, he said: "Once we move to Jordan Creek, it won't be on the top of our mind."

Mall watchers have also questioned whether Von Maur would scrap its plans to build at Jordan Creek and instead move into the former Younkers location.

Jim von Maur said the company is committed to sticking with its plan to build a new space.

"We're excited about being able to build a nice, new store," he said.

Von Maur plans a two-level department store on the north side of the mall, mirroring the Scheels store.

It's a space that mall owner General Growth Properties Inc. has long designated for a fourth anchor store.

The Jordan Creek store will offer the same departments as other Von Maur locations, but with an updated look. Flooring, color schemes, and some displays in cosmetics and jewelry will be different than in existing stores.

Around 180 employees work at the current store at Valley West Mall. The new store will employ more than 200, Jim von Maur said.