Budweiser, the king of beers, has officially been dethroned in the U.S. The beer is now No. 4 behind Bud Light, Coors Light and Miller Lite.

Budweiser is no longer among the 3 top-selling beers in the U.S. See what's replaced the "King of Beers." 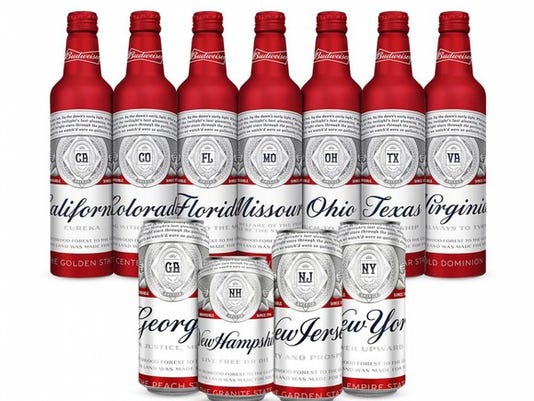 The king of beers has officially been dethroned.

Budweiser no longer is among the top three best-selling beers in the U.S., according to Beer Marketer's Insights, as people drink less beer or switch to craft brews, wine or spirits.

Miller Lite has supplanted Budweiser as the No. 3 favorite beer, behind No. 1 Bud Light and No. 2 Coors Light, according to 2017 estimates from the trade publication, which has tracked the industry for more than 40 years.

People may be spending more for beer, however. Sales rose 1.2% to $34.4 billion, according to IRI, a Chicago-based market research firm that tracks sales at supermarkets and other retail outlets (accounting for about half of total U.S. beer volume). 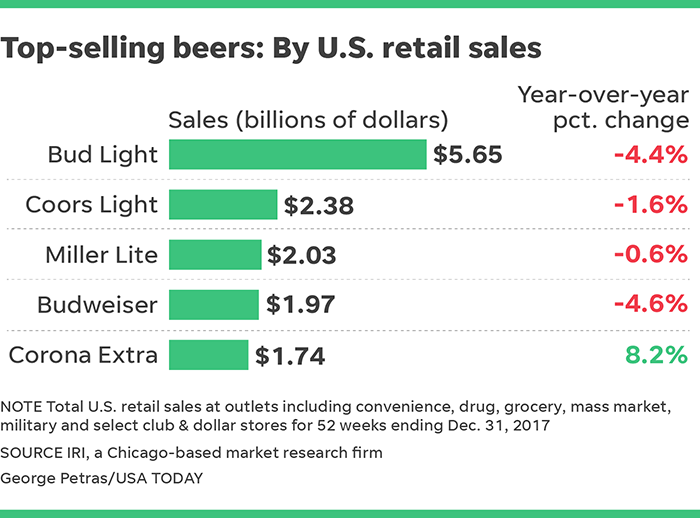 "Beer per capita consumption has been dropping for about a decade, (with beer) giving up share to spirits and wine," Shepard said.

While some beer drinkers switched from Bud Light and one of the other top beers to imports or craft beers, others have switched to spirits and wine, he says. "Millennials are especially promiscuous drinkers, often drinking across all three categories even on the same occasion," Shepard said.

Overall alcohol consumption in the U.S. has remained stable, so "beer has been losing," he said.

Others might argue that the big beer brands, Shepard said, "are in a natural life cycle decline."

Regardless of the decline, Budweiser remains "the leader of the classic lager segment," said Ricardo Marques, the brand's vice president of marketing, and "continues to see consistent improvements in brand health and consideration, with consideration being the number one indicator of future sales. Budweiser is in a strong position for the future, and we are very confident in our current plans and the year ahead of us."