Man who bought $1 million Mega Millions winner in Iowa already had a ticket. 'Something' told him to buy another.

A Quad Cities area man who purchased a $1 million Mega Millions prize in October was one number off from winning more than a billion dollars.

Man who bought $1 million Mega Millions winner in Iowa already had a ticket. 'Something' told him to buy another. 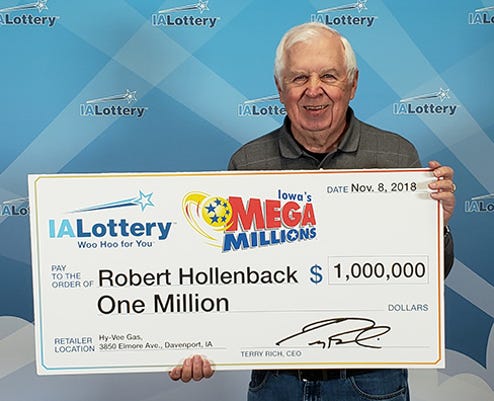 Bob Hollenback, of Milan, Illinois, won $1 million in a Mega Millions drawing.(Photo: Special to the Register)

When Bob Hollenback walked into a Hy-Vee gas station in Davenport last month, he already had a lottery ticket for the $1.537 billion Mega Million drawing. However, "something just told me, go ahead and buy" another, he said.

That proved to be a good decision — a $1 million one. The ticket the Quad Cities area man bought matched all five white balls in the Oct. 23 drawing, winning him $1 million. And he was only one number off from claiming the $1.54 billion jackpot, Iowa lottery officials said.

Hollenback, 73, of Milan, Illinois, is the eighth person to purchase a $1 million winning Mega Millions ticket sold in Iowa since the game debuted in the state in 2010.

The ticket he bought at the Hy-Vee gas station at 3850 Elmore Ave. “ended up being the winner — at least my winner,” he said Thursday as he claimed his prize at lottery headquarters in Clive, the lottery said in a statement.

When Hollenback claimed he prize, he won a share of the game's largest jackpot in history. He and his wife, Jeanne, told the lottery they plan to share the winnings with family, take a trip and buy some land.

Three other Iowa tickets matched four of the first five numbers and the Mega Ball to win $10,000 each. They were purchased at stores in three different communities: Tobacco Outlet Plus at 204 S. Duff Ave. in Ames; Hy-Vee at 910 N. Jefferson Way in Indianola; and Kum & Go at 3215 Seventh Ave. in Marion.

Altogether, Iowans won more than 106,000 prizes from the drawing. 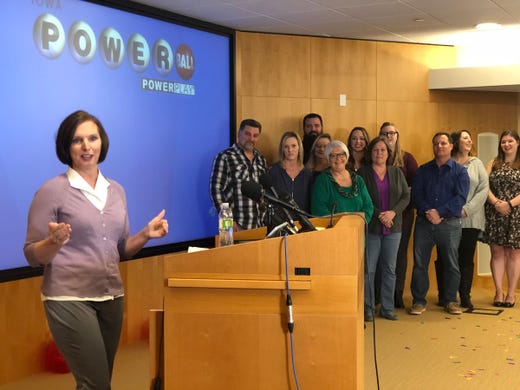 Iowa retailers sold more than $5.6 million in Mega Millions tickets for the drawing and broke the record for single-day sales records by selling $3.3 million.

"My girls and I used to dream of winning the lottery," West said at a news conference. "Never thought I’d be here today." 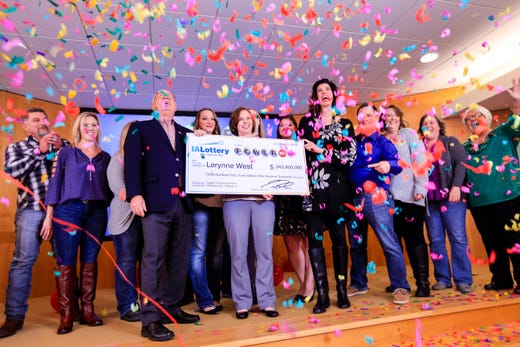 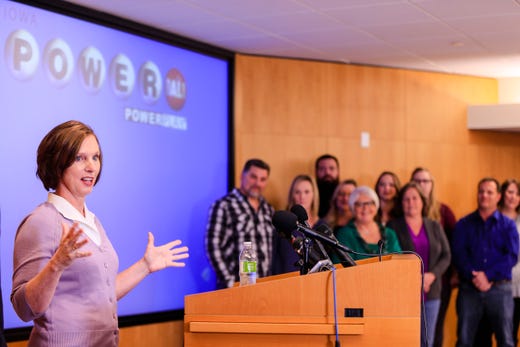 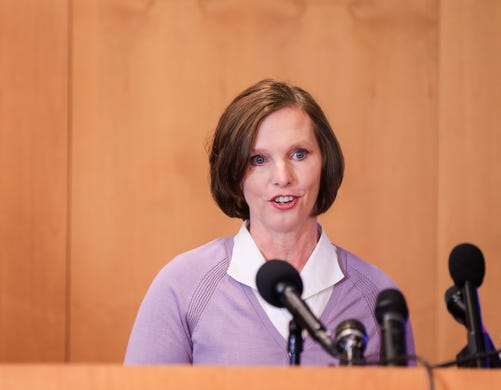 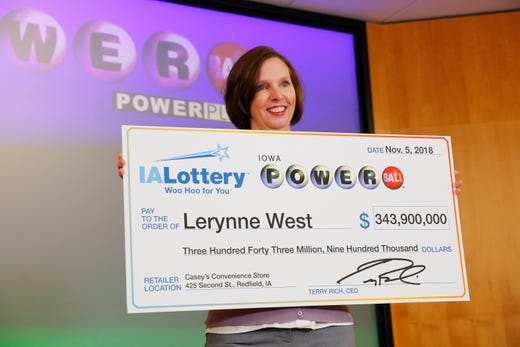 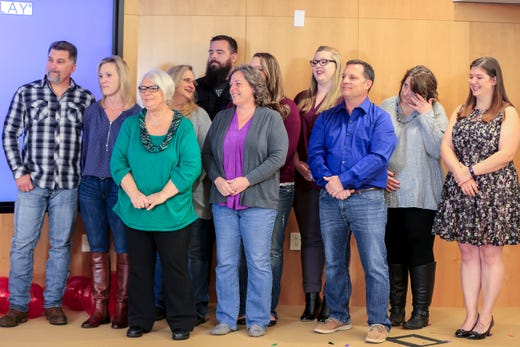 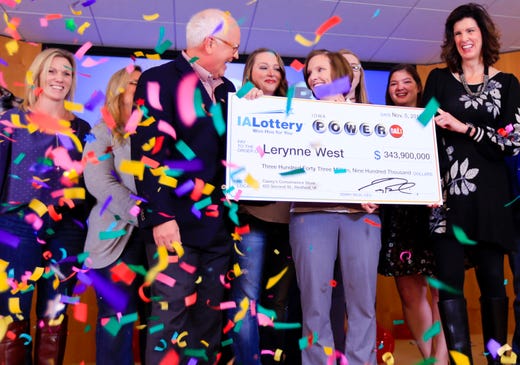 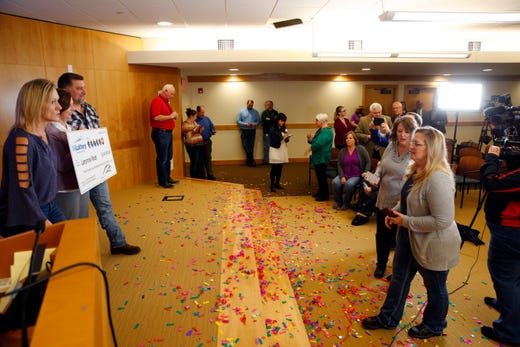 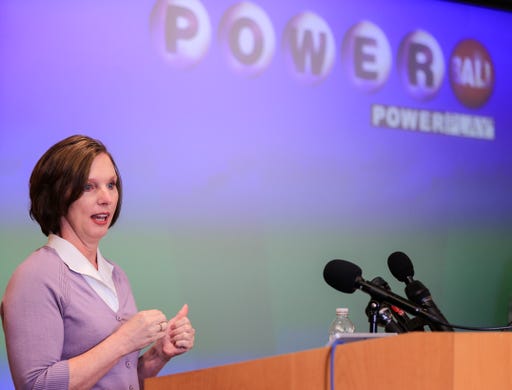