Pizza and beer lovers will need to say goodbye to Old Chicago at Merle Hay Mall.

Merle Hay Mall has positioned itself in the retail market with discount and value-priced stores like Kohl's, Target, Shoe Carnival and Old Navy. The newest addition is Ross Dress for Less, which opens Friday.

Old Chicago, a popular pizza place known for its beer tours, is closing its doors at Merle Hay Mall, according to the company.

After serving craft beers, deep dish pizzas and gooey fried appetizers, the restaurant is leaving after opening at the mall 12 years ago. Doors will close at 5 p.m. on Saturday.

The Old Chicago in Ankeny will remain open. There are several Iowa locations in Ames, Bettendorf, Cedar Falls, Coralville, Dubuqe and Sioux City. 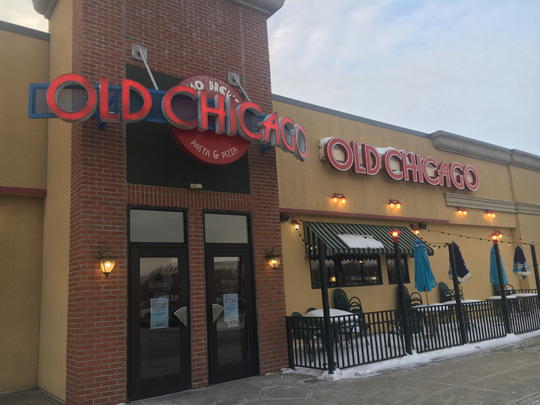 Originally from Boulder, Colorado, the popular franchise is located nationwide. The restaurants offer "World Beer Tours" where customers come in and try an array of craft beers to win prizes like sweatshirts or pint glasses.

The exiting of Old Chicago will leave room for a new, 12,000-square-foot junior anchor and a different restaurant. The anchor would be new to the Des Moines market and could be open as early as May. 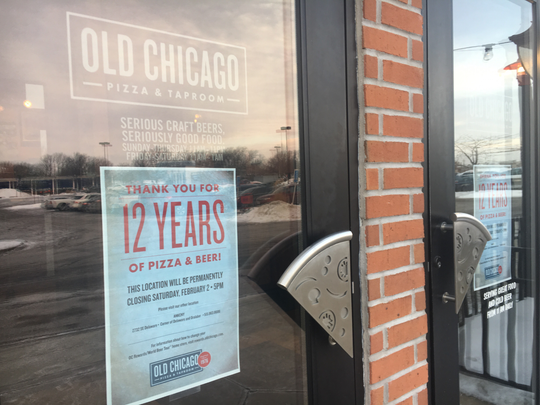 On Monday, Des Moines officials approved a $4.8 million development agreement with the owner of Merle Hay Mall to reinvent the aging shopping center after the loss of Sears and Younkers anchor stores last year.

The city will double the mall's annual tax increment financing payment from $400,000 to $800,000 for the next 12 years to help the owners attract new stores, restaurants and entertainment venues.

In turn, the mall's owner would be required to go through a detailed master planning process to turn the complex into a "source of vibrancy" on the city's northwest side, said Erin Olson-Douglas, economic development director for Des Moines. 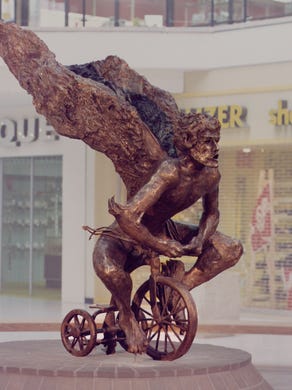 UpDown's home for more than 20 years in Merle Hay Mall was in the lower level in the west wing. Mark Jacobsen/Special to The Register
Fullscreen

Jerri Scott of Des Moines purchased UpDown, a sculpture that formerly was installed at Merle Hay Mall, after the controversial piece sat in storage for years. Register file photo
Fullscreen

Jerri Scott loves the whimsy of UpDown, and enjoys finding new details in the bronze of the sculpture, such as eagles on the tips of the wings. Register file photo
Fullscreen 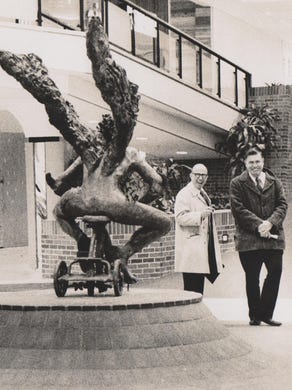 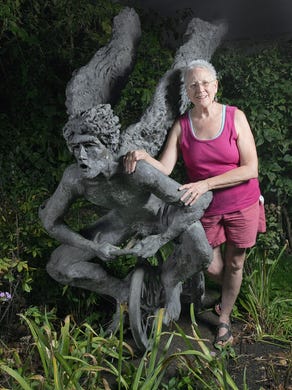 Jerri Scott bought this well-know statue, called UpDown, after it was removed from Merle Hay Mall in Des Moines in the 1990s. The statue is the work of California artist Mark Jacobsen. For more than 20 years, the 12-foot statue of a winged, naked man riding a tricycle, dominated the center court at Merle Hay Mall. Bill Schaefer/Special to the Register
Fullscreen

Jerri Scott's cat Blackjack seems to have bonded with Merle, a backyard sculpture which is officially named UpDown. Scott purchased UpDown, a sculpture that sat in Merle Hay Mall for more than 20 years, after it was removed during remodeling. Register file photo
Fullscreen