"Men on Boats" takes Riverside Theatre onto the river

Riverside Theatre's most recent production, "Men on Boats" takes audiences into the heart of the Grand Canyon with a host of historical figures.

"Men on Boats" takes Riverside Theatre onto the river 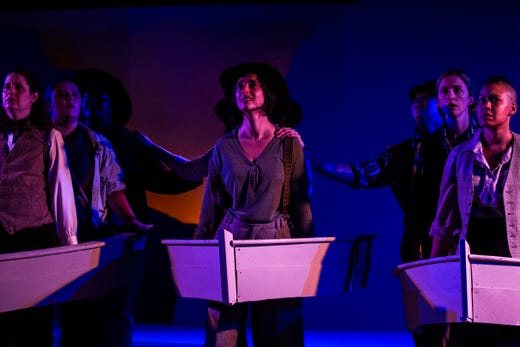 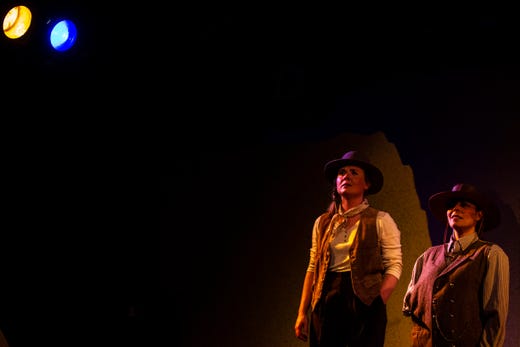 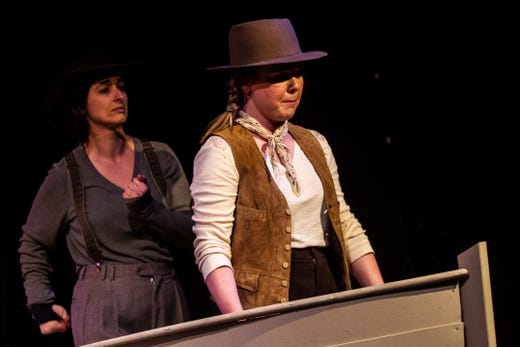 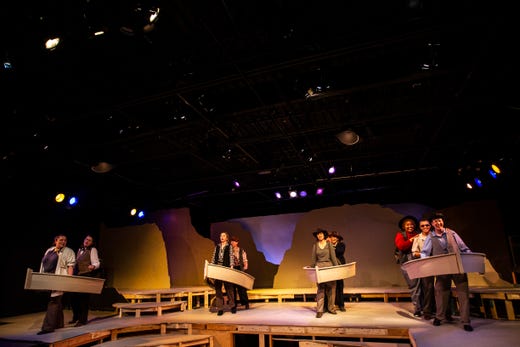 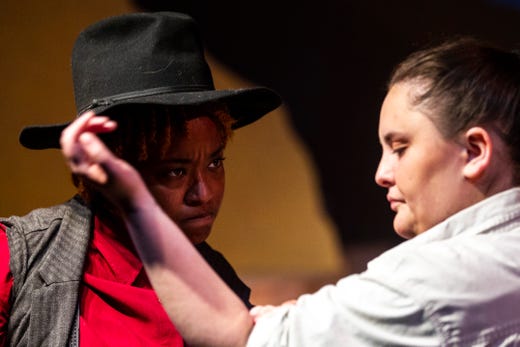 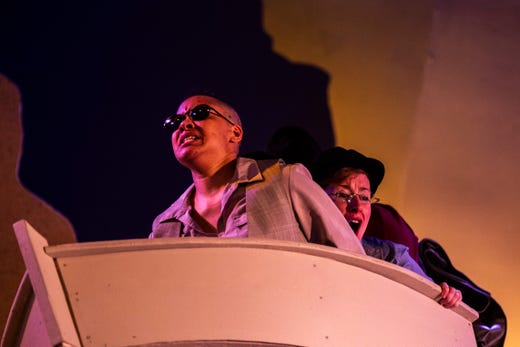 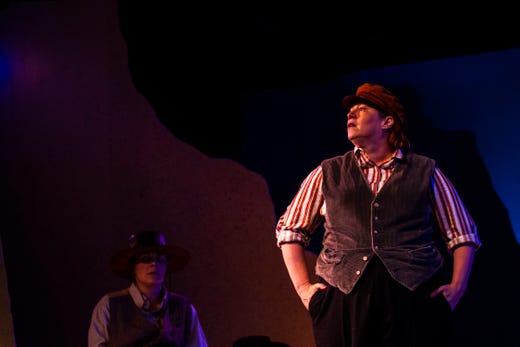 Some Iowa City residents will take to the roads out of town this weekend, but where the cast and crew of Riverside Theatre are going, they don't need roads.

On July 5 at 7:30 p.m., the local theater opens its newest production, "Men On Boats," with shows up to July 28. The play is a retelling of the adventures of an 1869 expedition into a portion of America then uncharted by the U.S. government.

Despite the title, and the fact the characters depicted include figures like John Wesley Powell, an explorer and veteran of the Civil War who lost his arm in battle, the number of literal men you'll be seeing on boats is zero.

“It was a play that was on my list when I was first interviewing for the job," said Adam Knight, Riverside Theatre's artistic director. "It’s a 10-woman play about these 10 male explorers who are mapping out the Colorado River and its canyons in the 1800s.”

Unlike "Henry IV, Part I"—which Riverside staged earlier this season—this gender swap isn't a choice made by the director after reading the script. This comes directly from playwright, Jaclyn Backhaus.

“The characters in 'Men On Boats' were historically cisgender white males," reads Backhaus's casting note. "The cast should be made up entirely of people who are not. I'm talking about racially diverse actors who are female-identifying, trans-identifying, gender-fluid and/or non-gender-conforming.”

As summarized by Jessica Link, the actor playing Powell, there are "no males in a show about males." A decision which has been absolutely delightful.

"I have been at call backs (at productions with only one role for a woman) with many of these women before and only one of us gets it," Link said. "These are people I’ve admired for years, enjoyed their work for years, and wanted to work with for years, but there hasn’t been a project where we’ll all be on stage together. This is it.”

Link has gone from portraying the blushing ingénue Hero in last years production of "Much Ado About Nothing," to playing a one-armed, war-hardened explorer spearheading an expedition in terra incognita. A challenge, but a welcome one that lets her exercise her acting abilities into territory equally unexplored for her.

Both she and director Angie Toomsen, Theatre Cedar Rapids' artistic director, compared the production to "Hamilton," which was also originally staged in 2015 and depicted historically white men with actors who weren't.

“The author wanted to give women, gender non-binary and trans people the opportunity to have this adventure without making a very overt statement," said Tommsen. “For the audience to get to experience that with them, I think that’s a really pure intention and that really excites me about this show and the opportunity that theater presents."

The production not only shows these figures in a way new to audiences, but the Riverside Theatre stage itself has been transmogrified.

"Chris Rich, our set designer, has done remarkable things," said Link. "When I think of the Riverside Stage I think ‘boxy.’ There’s hardly a straight line in this play, it feels like the river. He’s done a really spectacular job transporting you to the world of the play."

Tommsen, who's done almost half a dozen plays at Riverside is pretty sure this is one of the largest casts in recent memory outside of Shakespeare in the park. Most of the troupe's plays have around six characters total. This one has almost double, and because of some unique staging, it keeps most of them in view of the audience through the play's run time.

Exhausting as it can be to inhabit a character for almost two hours, broken up only by intermission,the actors use that to lean into the trail weary state of their characters.

"These men were exhausted by the end of their trip," Link said. "It’s suitable that we are too as actors. You just lay it all out there and you go on the highs and lows, and you experience the moments of camaraderie which happens when you’re all in tight spaces trying to work things out, and there’s a sense of that that serves this journey.”