In spite of e suffering themselves, area some area restaurants have been making donations and raising funds for other locals in the wake of COVID-19. 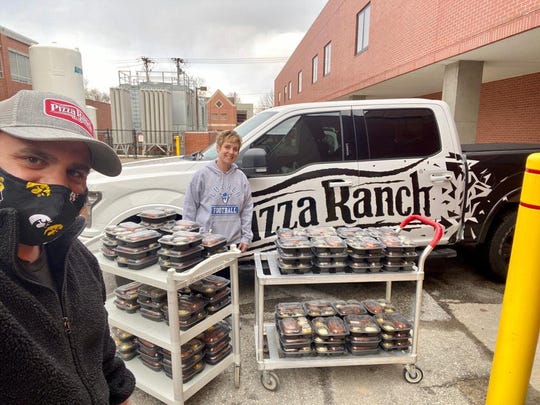 The past month has not been the best time to be a small restaurant owner, but that hasn't stopped local businesses from giving back to the community even as they themselves are hurting.

Done in part for his girlfriend’s birthday, he decided that he would match his customers’ purchase of Brix gift cards with purchases of gift cards to other local venues up to $10,000 total.

“It certainly took on a life of its own," Craig said of the campaign. "I sort of jokingly made that $10,000 cap and people responded and it sort of snowballed day one to day two and through the weekend.”

When the campaign ended Sunday, Craig met the $10,000 and then some. Of the $10,000, Craig dedicated 75% to purchasing gift cards for area businesses like George's Buffet, Prairie Kitchen and Revival Clothing among dozens of others, with 25% going toward The Englert Theatre.

“The Englert is where my girlfriend and I saw one of our first concerts together," Craig said. “We like drinking and live music so I thought I could buy gift cards to small businesses where we like to drink and eat.”

In the middle of this pandemic, Craig has found himself missing live music most, something he and his girlfriend would likely have gone out for over the weekend for her birthday if possible. This campaign let them give to Iowa City venues beloved by them and others.

Craig's love of music and the success of the campaign also inspired him to make peer donations to three area entities.

He gave $1,000 to the Brian Cretzmeyer Trust for Young Musicians, which empowers kids who can't afford their own instruments or lessons to take up music, as well as the Mission Creek Festival and local musician Brian Johannesen, respectively. A decision motivated by his love for the groups.

"Nick is a big fan of what we do and I am a huge fan of what Nick does," Johannesen told the Press-Citizen via e-mail. "It was incredibly generous of him, not just to donate to us but to give away so much money. A truly unbelievable act of kindness and community." 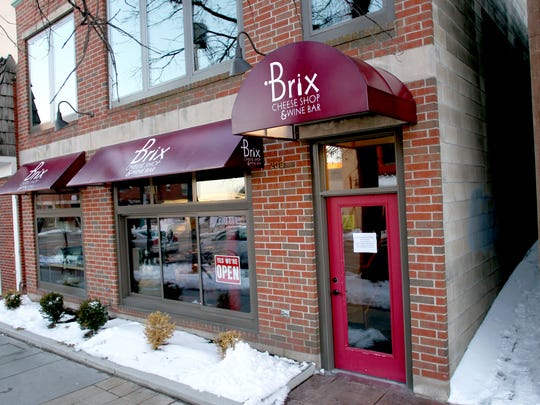 The money went to Johannesen's project, Dead Coast Presents, which focuses on having musicians from across the country playing in a more intimate environment. Recently, they've helped launch the weekly Wednesday virtual performance series "Boundaries" with CSPS Hall in Cedar Rapids.

While Craig's charitable campaign has recently ended, Pizza Ranch owner Brandon Pratt has been running an ongoing charitable project over the past few weeks.

“Here’s the deal, if you provide $12 we’ll provide you will get a yard sign that says, ‘Hold on to Faith,’ Pratt explained, “and we’ll provide a front line worker with a two-piece chicken dinner meal; (with) mashed potatoes gravy and side of corn.”

According to Pratt, the signs and meals cost him more than $12, a cost he was willing to foot, but as people and organizations have donated larger amounts and not requested more than one sign, he's so far been able to cover the cost.

Weeks ago, when the University of Iowa Hospitals and Clinics reached out to area restaurants to help supply food to staff, Pratt was one of the first business owners to apply. While he ultimately hasn't been called on by UIHC, this project has ended up supplying meals for numerous local groups like various Mercy Hospital locations, North Liberty and Coralville police departments, and some area retirement homes.

“We have received many donations,” said Margaret Reese, Director of Communications at Mercy Hospital Iowa City, in an e-mail to the Press-Citizen, “but it’s important to know these have come in two ways. Some have been from the restaurant, like Pizza Ranch, itself but most are because individual donors or businesses have arranged with restaurants to order and pay for meals to be delivered.”

Reese included a list of the following “restaurants and/or purveyors” she is aware of having donated which appeared as follows:

“We are working hard to capture as many of these gifts as possible, so we can appropriately thank all involved,” Reese added.

For the past few weeks, Pratt has had eight of his Pizza Ranch locations closed due to COVID-19. It’s been him, a business partner and a Pizza Ranch worker assembling the meals so far.

As of Tuesday morning, he's distributed 1,027 meals. By the end of the week, he estimates he’ll have delivered about 2,000.

While he plans to re-open Pizza Ranch locations this Friday for pick-up and delivery, Pratt says he'll continue to run the program for as long as its needed and as long as people keep donating. (Those interested in doing so can reach him at pizzaranchsign@gmail.com)

“I think for me this has been an incredibly trying time shutting down all my restaurants. It’s given me purpose, it’s reminded me that community is everything,” Pratt said. “It hasn’t been easy financially, but it’s been rewarding.”