Susan and Kevin Felker planned originally to open Prairie Kitchen in April. The state of the world, however, made that impossible.

"The difference between May 15 and June 1 was all us," said Susan. “It was really tricky. The governor said May 15 everyone can open, but not everyone did (and like many businesses) we thought a few more weeks might be better.”

Located at 160 N. Linn St., Prairie Kitchen is a new family-owned business on the north side of downtown Iowa City.

“It’s kind of a couple of different businesses," explained Susan. "We have the retail business, we have the counter business — with the coffee tea wine and beer — and we have the classes business.”

Last week, the family opened the retail side of the store. While Susan acknowledges it did not go as well as they would likely have were it not for COVID-19 concerns, she was still surprised by how much traffic came through. Perhaps less surprising is the kinds of items customers were looking to pick up.

With people still at home looking for productive activities, visitors have picked up tortilla presses, kids aprons, mixing bowls and a spectrum of items the couple suspects stem from a desire to cook more while practicing social distancing at home. 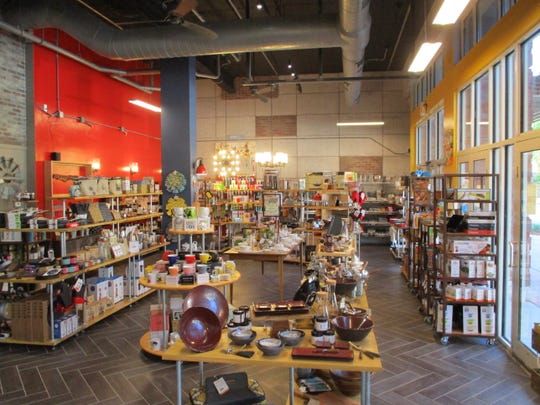 This week, the coffee/beer side of the business opens, which includes Big Grove product on the alcohol side and Morning Bell Coffee Roaster on the caffeinated front.

“We’ll start the baking probably this week and have some cookies and maybe brownies and things like that," Susan added.

The cooking classes side of the business, however, will have to open later than originally anticipated. When classes do open up, the Felkers imagine they will have to be for groups of people already familiar with one another.

“We do know the types of classes we’re going to be doing," Susan explained. "We will have event-based classes, we’ll have demonstrations, we’ll have hands-on skill classes — so there’ll be a variety of things.”

When classes do arrive, possibly in July or August, Susan said they would be available to view on the store website.

Other details will develop in the space over the coming months, from more display shelving to a black-and-white photo gallery of chefs, the Felker family anticipates the store will look a little different week to week as the business settles.

“Everything is following the plan," said Susan, "it’s just a tad bit later than what we thought.”