"The Suffragist" is a new Iowa based musical with Broadway talent behind it. Originally scheduled to debut on June 5, 2020, the performance has been pushed to 2021.

"The Suffragist" is a new musical scheduled to be released next year, created by Nancy Cobb and Cavan Hallman. (Photo: Courtesy of Cavan Hallman)

June 5, 2020, had been marked on Nancy Cobb's calendar for two years, and when at last it came, it passed much like the day before and those following.

"It was remarkable, we had raised all the money we needed, we'd gotten this fabulous director... we had cast it," Cobb said. "It was really depressing for me as you can imagine."

The day in question was meant to be the premier of "The Suffragist," a musical from the mind of Cobb, a retired University of Northern Iowa professor. After years of conceptualization, the production began to pick up steam in 2019 as Cobb and her collaborator, lyricist Cavan Hallman, performed an early draft for workshop and received a $10,000 Art Project Grant from the Iowa Department of Cultural Affairs.

The musical tells the story of a set of a different set of protests than what the country is facing today. Taking place between 1910 and 1919, "The Suffragist" focuses primarily on the then-young women's rights activist Alice Paul as well as the Iowa-educated activist Carrie Chapman Catt.

When Iowa venues, including theaters, began to close in the first half of March because of COVID-19 precautions, the show was ramping up to go into rehearsals — something the program's director, New York-based Rachel Klein, sees as a strange sort of silver lining.

"I was in rehearsal for a reading of a (different) new musical when Broadway shut down," Klein said, recalling new Broadway productions which were all but ready to be performed that had to stop abruptly. "Everybody's summer work was completely postponed or canceled."

Klein, who is also choreographer and dramaturge for the production, was Hallman's suggestion, having met her when they were both undergrads at Columbia College Chicago and later acted in some of her past productions. He introduced Klein to Cobb and the two clicked immediately. 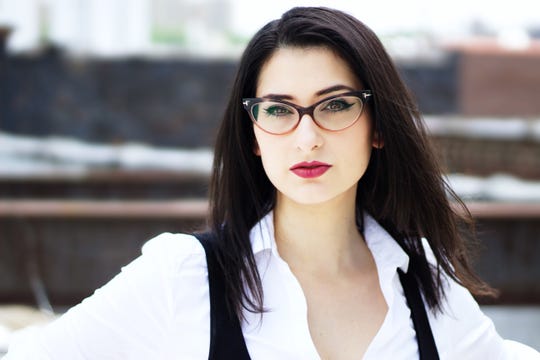 Rachel Klein is a New York-based director who will be taking the helm of "The Suffragist." The musical, created by former University of Northern Iowa professor Nancy Cobb, was originally scheduled to premiere in June 2020, but has been delayed to 2021 due to COVID-19. (Photo: Special to the Press-Citizen)

“Having Rachel onboard has been great," Hallman said. "Not only is she going to bring a great visual style and all of her strengths as a director into the project, but she also brought some dramaturgical strengths.”

In the months since meeting, the group has made fast progress on preparing the show. Klein has the sketched skeleton of set design evocative of industrial-era and incorporated facets of the contemporary into the presentation.

"One of the things I definitely brought to this conceptually was the notion that (in the present) the fight is not over," Klein said. "The fight for human equality and injustice is something that has come to a boiling point in recent days ... we wanted to really show this was an ongoing issue."

The production is set to be staged at Gallagher Bluedorn Performing Arts Center in Cedar Falls. Though the team briefly considered rescheduling to July, Cobb didn't want to perform to a hall they couldn't fill and all were wary of COVID-19's suspected higher rate of spread in instances of group singing.

Though Cobb can't yet officially announce the talent who will likely bring Paul to life on stage in July 2021, Cobb did indicate production is on track to cast an up-and-coming performer in the part as she had desired, with a more seasoned broadway performer in the role of Catt.

While Klein believes distance will help her look at the production with fresh eyes when things start back up in earnest, most of the prep work is done and most of what remains is to put the completed scripts on Cobb's shelf to stage, an act that everyone involved is looking forward to.

"As recent society is showing, history does repeat itself when we forget to tell these stories," Klein said. "I think it's an important collection of stories to be told from these points of view and I think it's going to be really interesting. This is an election year and this is a piece about how voting rights were forever changed. We're still fighting for voting right for certain groups of people."