Michael Penniman injured his spinal cord while wrestling a friend in 2012. Now he helps run a business that connects disabled students to caregivers.

Here are a few of the more than 100 Des Moines-area charities that make it easy to help to the community. For more information, visit givedsm.org Des Moines Register

This story is part of the Des Moines Register’s People to Watch in 2020 series. The stories highlight Iowans we expect great things from in the coming year.

IOWA CITY, Ia. — Michael Penniman still remembers feeling the "pop" in his neck as a friend pinned him while they wrestled in his living room eight years ago.

Penniman was in his sophomore year at Kirkwood Community College in Cedar Rapids. It was Jan. 28, 2012, and his life changed in that instant.

"I fell on my side to the floor," Penniman said. "I knew at that point something was wrong. It was an instant loss of control I felt."

Penniman suffered a serious injury to his spinal cord. He was left a quadriplegic and completely dependent on other people. 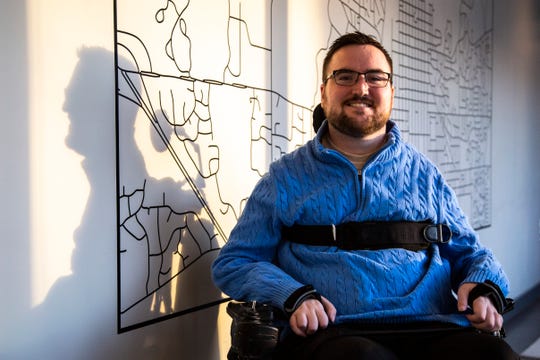 He would recover enough by 2013 to enroll at Des Moines Area Community College, taking one class at a time. But it would be three more years before Penniman felt well enough to begin anew in a different city, a bigger school and a sometimes-difficult routine.

The challenges he would face would inspire him and his friends to find creative but practical solutions that three years ago they turned into Students Care, a nonprofit that connects disabled students who need round-the-clock care with student caregivers.

For Penniman, one of the Register's 15 People to Watch in 2020, the success of his organization has helped him to turn his disability into an entrepreneurial dream.

The long road to a new normal

Penniman can recall the feelings of helplessness and frustration during months of rehab that took him from the University of Iowa Hospitals & Clinics to the Craig Hospital in Englewood, Colorado, a world-renowned hospital specializing in rehabilitation of spinal cord and traumatic brain injuries.

He was on a ventilator for two months. He eventually learned to swallow and talk again.

As his independence grew, he enrolled in community college. In the spring of 2016, he transferred to the University of Iowa and followed in his father's footsteps, becoming of member of the Phi Kappa Psi fraternity.

When he first moved to Iowa City, Penniman relied on traditional home-care services.

A handful of caregivers provided quality care, but he said he felt isolated and, at times, like he was being treated like a child. (At 10 p.m., lights went out, and his caregiver put him to bed, whether he was tired or not, he said.)

When a caregiver broke her foot, the agency she worked for told Penniman that he would be without a caregiver for weeks, he said.

He reached a breaking point. If Penniman went without care, his health and grades would fail, he said.

"With health care and home care, it's really a struggle to find the care you need to live, let alone prosper and be a student," Penniman said. 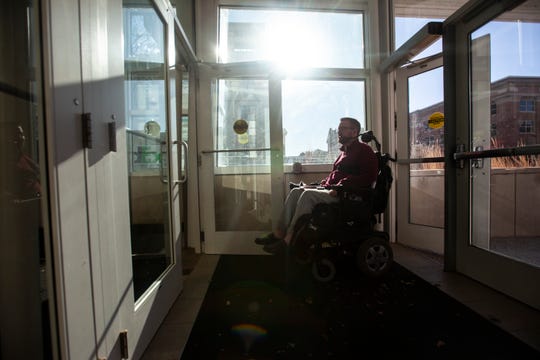 A plea for help

At the time, Penniman lived in UI's Burge Hall. He did the only thing could think of and pleaded with his friends for help. Luckily, one of his best friends lived right down the hall.

Peter Easler grew up five minutes from Penniman in West Des Moines and was one of his fraternity brothers at UI. He started hanging out with Penniman, then volunteering for him and trying to figure out a way to work for him.

With student Jacob Newcomb, Penniman and Easler discovered a way for Penniman to hire his own caregivers under a Medicaid option. Eventually, students took over Penniman's entire care schedule, which today amounts to about seven hours per day.

"We ended up hiring five or six guys to work for him that freshman year," said Easler, a UI senior who now serves as the CEO of Students Care. "It was pretty easy and we had the realization that there was no way Michael was the only one battling with that and struggling with that."

Your support helps us do work like this. Click here to give the gift of local journalism.

Entrepreneurship does not come naturally to Penniman.

In high school, he ran cross-country and was active. He said he found his true passion in rock climbing, traveling to competitions across the Midwest.

But during his early college days at Kirkwood, Penniman lacked direction. The semester before he was injured, he had finally decided to become an environmental engineer.

"Just with my background being a rock climber, I had a passion and still have a passion for the environment and outdoors," he said. 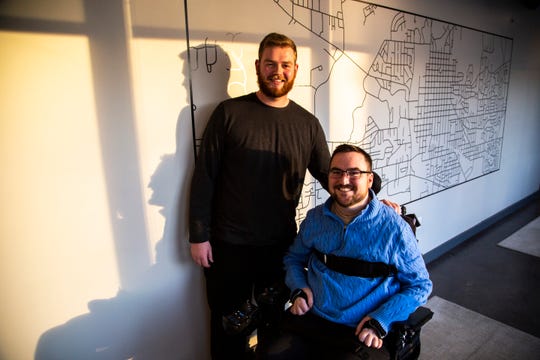 Just as rock climbing fed his passion in high school, Students Care has given Penniman a new sense of himself. Now he serves as Students Care's chief operating officer.

Penniman acknowledged that he's struggled to find other post-college jobs that fit his needs.

In October 2017, Penniman, Easler and Newcomb formally launched the startup. They raised $30,000 in seed funding from pitch competitions in eastern Iowa, Penniman and Easler said.

15 People to Watch in 2020: These Iowans are working for good in the new year

Matt Ewald, a senior studying business marketing, became one of Penniman's caretakers about 18 months ago. Ewald and Penniman have become friends in that time, they said.

"A lot of the workers are in Mike's fraternity," Ewald said. "They do a lot of things outside of the nonprofit."

"His body gets really stiff, so a lot of stretching is useful to keep the body limber," Ewald said.

Ewald Penniman and Easler all want to see Students Care live on after they graduate in May.

"The goal is to see this grow as big as it can, Penniman said.

Easler knows that people want new home-care services that work better for families with patients in all stages of life. The three co-founders focused on the college niche because they knew the demographic and knew their business was good at providing services to that niche.

Going forward, Easler is unsure whether they will want to expand beyond the college market. Over the next three years, Easler wants to expand Students Care to 10 college campuses.

"Realizing what you're good at and what you can actually say yes to and keep that promise is a big part of the business," Easler said.

About 'People to Watch'

Get to know Michael Penniman

Philip Joens covers breaking news for The Des Moines Register. He can be reached at 515-284-8184 at pjoens@registermedia.com or on Twitter @Philip_Joens.

Your subscription makes our journalism possible. Subscribe today at DesMoinesRegister.com/Deal.