The ownership group behind Johnny's Italian Steakhouse and the Machine Shed say its new restaurant will welcome guests next week. 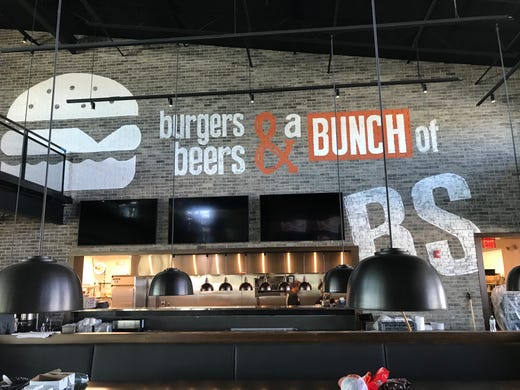 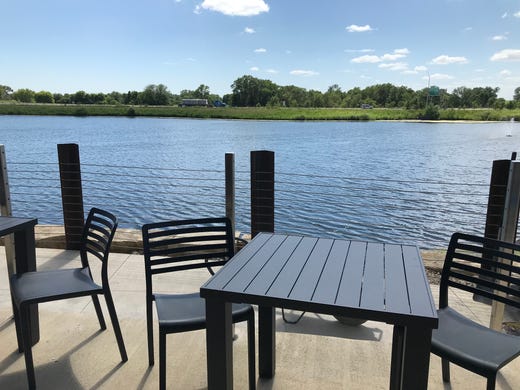 Burger Shed's patio looks out onto the lake at Altoona's Shoppes at Prairie Crossing area. Ian Richardson, The Register
Fullscreen 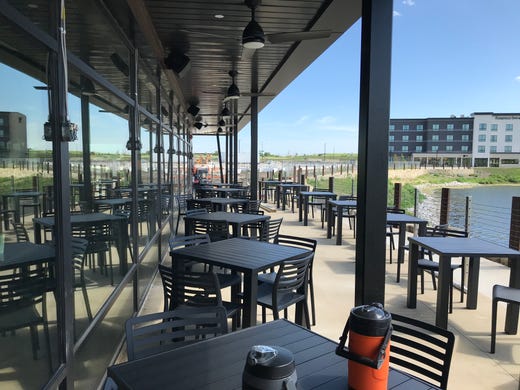 An outdoor patio at Altoona's Burger Shed will be able to seat about 45 people. It overlooks the lake on the Shoppes at Prairie Crossing development. Ian Richardson, The Register
Fullscreen

The wordplay on the new restaurant's initials is an example of the laid-back attitude its owners want to bring to Altoona's growing Shoppes at Prairie Crossing district.

"We're being a little bit cheeky, maybe, but we’re having fun with it," said Tony Shepard, the restaurant's chief operating executive. "We wanted to make it a fun place that you could feel comfortable in when you come in for a great burger."

The restaurant at 500 Bass Pro Drive in Altoona will open to the public Tuesday. It's the latest venture for Heart of America Group, the Quad Cities-based company that owns about two dozen restaurants, including the Machine Shed, Johnny's Italian Steakhouse and Thunder Bay Grille brands.

► MORE: How Altoona has grown from a sleepy suburb to a thriving retail destination

Burger Shed is the newest addition at the Shoppes at Prairie Crossing and will sit along the property's lake and pedestrian walkway west of the Outlets of Des Moines. Its neighbors include Johnny's Italian Steakhouse, Fairfield Inn and Suites, and the future Hyatt Place Hotel. 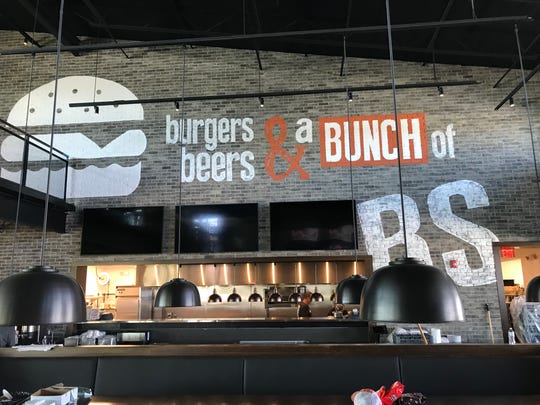 A mural at Altoona's new Burger Shed restaurant surrounds the window of the restaurant's open kitchen and televisions. Heart of American Group will open Burger Shed on July 16. (Photo: Ian Richardson, The Register)

The menu offers about 10 burgers, ranging from a standard patty with lettuce, onion and tomato called "All burger, no BS," to unique offerings like the "Salmon Godzilla Burger" — a patty of salmon, quinoa and other ingredients served on a brioche bun — and the "Mac Attack Burger," which tops a beef patty with homemade macaroni and cheese and bacon jam.

All beef burgers are made with certified Angus beef and beef brisket, Shepard said.

Dessert offerings include the Machine Shed's popular apple dumpling and several milkshakes, each of which can become "adult" milkshakes by adding liquor.

Heart of America Group founder Mike Whalen said he was inspired to create the Burger Shed after opening the nearby Johnny's Italian Steakhouse and Fairfield Inn and having a man approach him to ask about other nearby restaurants.

"He said, 'We had a great dinner at Johnny's. Is there someplace closeby that we can get a good sandwich and a beer?'" Whalen recalled.

Whalen said he wanted to offer a place where people could relax after a long day at work or where families could come after sports tournaments. The new restaurant is named after the Machine Shed's "Shed Burger," which includes smoked beef brisket, pepper jack cheese, barbecue sauce and fried onion strings.

"We want to make it clear that it's kind of a brother-sister restaurant," Whalen said. "If they get a pork tenderloin, they know it's going to be the one they've enjoyed for years at the Machine Shed."

Burger Shed's patio looks out onto the lake at Altoona's Shoppes at Prairie Crossing area. (Photo: Ian Richardson, The Register)

But the restaurant is anything but a Machine Shed clone.

The two-story interior has seating for 250 people and about 45 more on its outdoor patio. It boasts 14 televisions, 15 Iowa craft beers on tap, a transparent two-story beer cooler and a second-floor dining area that has two shuffleboard tables and outdoor seating.

"It’s totally new for us in a lot of aspects as far as having like a sports bar type of feel," Shepard said.

Like the message on the wall, the Burger Shed's menu comes with an attitude that plays off the restaurant's initials.

People wanting an extra patty or two on their burger can opt to "double the BS" or "triple the BS." The dessert menu includes a "BS" (bacon skillet) cookie served in an iron skillet and topped with ice cream, chocolate syrup and bacon crumbles.

The restaurant features large picture windows facing west for a view of the lake. Whalen said the "smart glass" panes will change the window's tint as the sun sets to shield diners from the light.

Whalen has hopes the lake becomes a focal point of the area where people can relax and wander at their leisure.

More development is on its way for the Shoppes at Prairie Crossing. Hy-Vee's Fast & Fresh store opened in February at the development's main entrance at Hubbell Avenue and Prairie Crossing Northwest. Crews are building a new strip center that could soon have tenant announcements.

Next door to the Burger Shed, a $14 million, 112-room Hyatt Place Hotel is now under construction.