Once-paralyzed, Chris Norton vows to fulfill his promise to walk his fiancee down the aisle

Seven years ago, Chris Norton could barely twitch his shoulder after a college football injury. Now he plans to walk his fiancee down the aisle

Once-paralyzed, Chris Norton vows to fulfill his promise to walk his fiancee down the aisle

Chris Norton suffered a severe spinal cord injury in October 2010 while playing football for Luther College. With the help of his fiancee Emily Summers he stood at the end of a speech at Prairie Meadows during a fundraiser for his foundation SCI CAN. 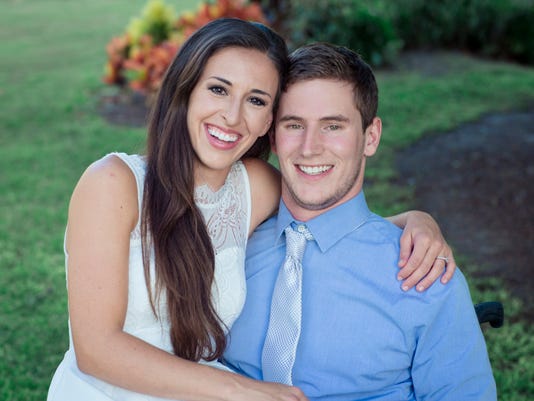 Emily Summers and Chris Norton plan to marry April 21. Norton, who was nearly paralyzed in a college football game seven years ago, plans to walk his bride down the aisle.(Photo: Katie Norris/Special to the Register)

Last October, Chris Norton vowed to walk down the aisle beside his fiancee, Emily Summers, at their April 21 wedding in Jupiter, Florida.

This was a big promise.

Norton, an Altoona native, was paralyzed after severely injuring his spinal cord in a football game for Luther College in October 2010. Initial assessments gave him a 3 percent chance of ever regaining feeling or movement below the neck.

His struggle and supreme effort in the years since to regain movement and walk down the aisle on their wedding day has captured the attention of local and national media.

People magazine plans to cover their wedding. One of Des Moines' TV news channels plans a half-hour special on the couple. A documentary film is in progress about his recovery.

There's no guarantee that Norton will be able to fulfill his promise of walking those 7 yards. Weather, illness, fatigue — any of them could bring him up short. 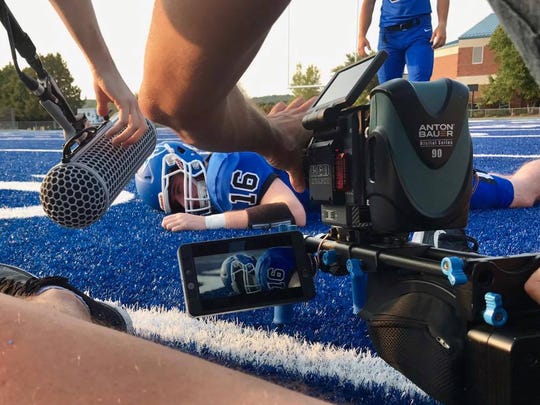 Chris Norton lies face down on the turf at Luther College's football stadium in a reenactment of the moment he broke his neck in 2010. The non-profit inspirational documentary company Fotolanthropy is making a film about Norton's life since the injury. (Photo: Special to the Register)

'The power of faith when tragedy strikes'

But then, Norton is used to overcoming long odds.

The Mayo Clinic, where Norton did much of his early rehab, says spinal cord injuries "often cause permanent loss of strength, sensation and function below the spot of the injury."

On the day of his injury, Norton was numb from the neck down. But within a few days, he could twitch one shoulder. Gradually, he could curl his toes.

And through seven years of grinding work, Norton blew away expectations. I was with him in Decorah seven years ago when, standing with the assistance of a heavy machine, he was able to move his own foot a few inches.

Four years later, in May 2015, Norton walked across the stage at his graduation from Luther, supported by Summers walking in front of him.

Those in the crowd responded with thunderous applause, louder than any he'd ever heard as a star athlete at Bondurant-Farrar High School.

Chris Norton, an Altoona native and Bondurant-Farrar High School graduate who suffered a severe spinal injury playing football at Luther College in 2010, stands and walks in 2015 during Luther's commencement. 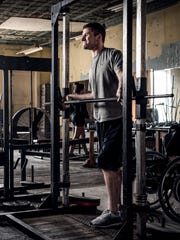 Chris Norton works out to gain strength to walk his fiancee down the aisle. Norton was partially paralyzed in a college football game in 2010. (Photo: Sean Berry/Special to the Register)

After graduation, Norton and Summers moved to Detroit and then to Port St. Lucie, Florida, to keep working with trainers to improve his mobility.

The couple became foster parents and are caring for five children ranging in age from 2 to 8.

Norton began a career as a motivational speaker, booking as many as 70 dates a year, and maintained his daily training and therapy regimen.

He started SCI CAN Foundation, which raises money to buy equipment for hospitals and other rehabilitation centers for the benefit of others with spinal cord injuries. The charity has raised more than $800,000 since 2012.

Norton wrote a book with his father, Terry Norton, titled "The Power of Faith When Tragedy Strikes." It details how their Christian faith gave them strength during the accident and his recovery.

Norton also made a promise: He would walk Summers down the aisle.

This feat is trickier than the graduation walk. At the graduation ceremony, Summers supported her beau by walking backward in front of Norton, allowing him to put some of his weight on her extended arms.

At the wedding, the walk down the aisle will put the couple side-by-side for 7 yards. Norton will wrap one arm around his bride's waist, but his legs must do the rest. 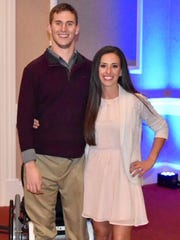 Chris Norton, left, poses for a photo with his fiancée, Emily Summers, after his 2017 speech at a fundraiser for his foundation, SCI CAN, at Prairie Meadows in Altoona. (Photo: Special to the Register)

"I need a lot more balance and strength than I did at graduation," Norton said. "It's been a lot of work, but I'm confident we're there now."

That confidence was less solid seven months ago, when the couple first tried walking side by side at their home in Florida.

"Chris couldn't take one step," Summers said. "His foot would get tangled up. He just got mad and said, 'Just put me in bed.'"

But Norton is not one to give up at one try. He kept working in therapy. The couple kept practicing at night after they put their children to bed.

Soon, one step became two, then three, then more.

As of about two weeks ago, with only a few weeks before the wedding, Norton was strong for all but the last three feet of the 7-yard walk.

"I am not worried," Norton said. "Whatever happens at the wedding, I know it is a part of God's plan for us." 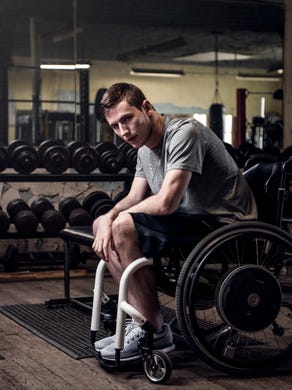 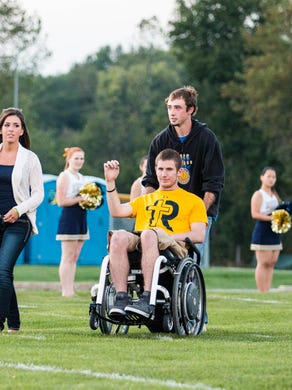 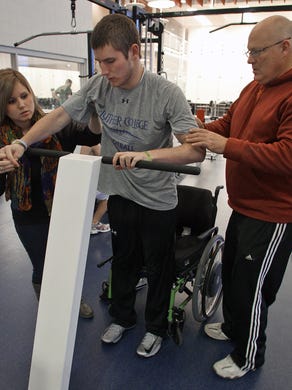 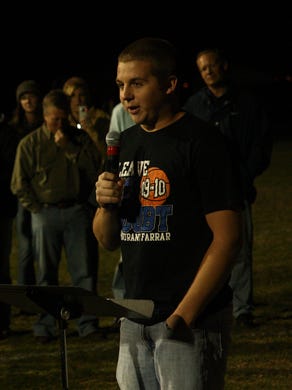 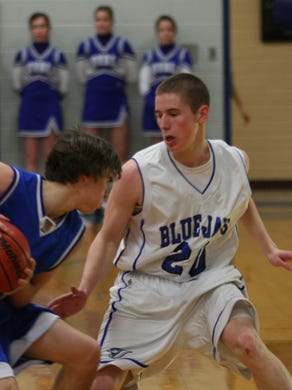 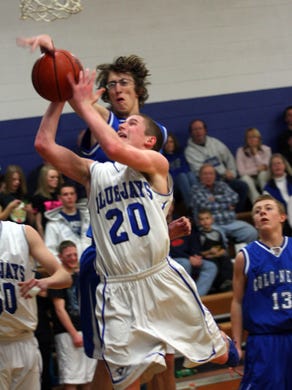 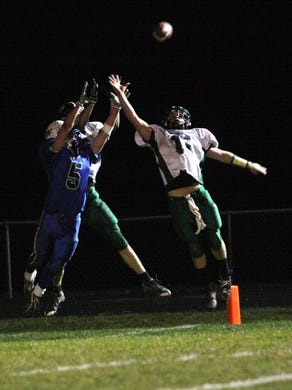 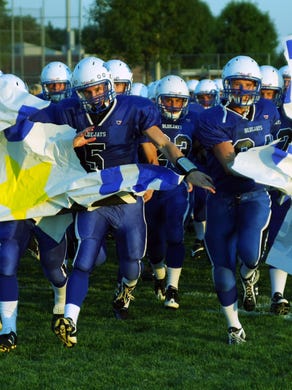 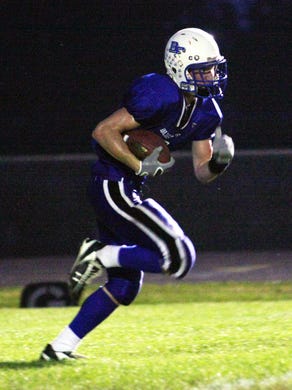 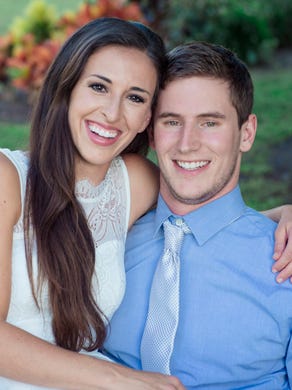 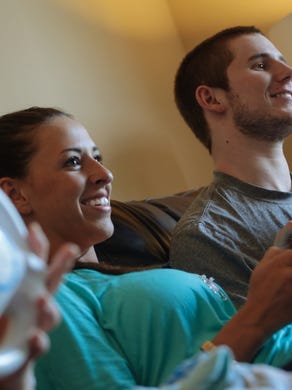 'Walking isn't my only focus'

That's a slight shift in the Chris Norton I've known since we first met in 2011, a few months after his accident.

Early in his recovery, Norton was completely focused on walking again. And he has put in maximum effort to reach that goal.

Yet, since he's fallen in love with Summers and taken on foster fatherhood, I've noticed a shift in his priorities and a growing contentment in his demeanor.

Yes, he still wants to walk, but he is more accepting of setbacks or goals he may not reach.

"The goal is always to be able to walk, but if that doesn't happen, I'm completely happy the way I am," Norton said. "I want to be a good husband and take care of these kids and work hard. Walking isn't my only focus anymore."

Norton's contentment should not be confused with concession. He is still all about making his 7-yard walk.

Though the wedding will be filled with love and faith, as are all things that Norton and Summers do, the walk will be as much a tactical effort as a romantic gesture.

With five children in the house and an extensive travel schedule, Norton is working overtime to make sure he doesn't catch a cold or another bug.

Any illness could rob him of the strength he needs to make those 21 feet beside Summers.

Heat also saps Norton's energy. The wedding is set for 6 p.m., but the ceremony is outdoors.

"Hopefully it will be late enough in the day and still early enough in the spring that the Florida heat won't be too bad," Norton said.

The company is trying to raise $250,000 through crowdfunding to pay for the film's production and release. The crew is donating more than $72,500 of time to keep the budget lean, said Katie Norris, a producer and founder of Fotolanthropy.

The company plans to help with the decoration and lighting at the wedding and will film the culminating scene.

They already filmed a re-enactment of Norton's injury on the football field in Decorah in October and have documented his efforts to recover.

Now, like any good Hollywood blockbuster, they just need that final shot, the big happy ending with swelling music, when the lovebirds finally come together forever.

"That's going to happen," Summers said. "I'm not nervous at all. I know God has us in His hands."

Fotolanthropy, a nonprofit documentary film company, is making a movie following the journey of Altoona native Chris Norton from a paralyzing spinal cord injury in a college football game to walking his bride-to-be down the aisle. The fundraising goal is $250,000. The crew is donating more than $72,500 of time. If someone donates $25 they will get their name listed in the film credits. To donate, visit fotolanthropy.com/donate. 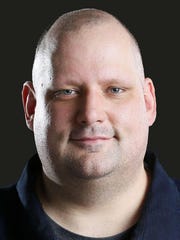