Sevan Garabedian of Montreal, Canada, has been on a relentless quest for vintage Buddy Holly fans and photos.

Sevan Garabedian from Montreal, Canada, has spent the last decade tracking down fans who attended iconic rocker Buddy Holly's final "Winter Dance Party" tour in 1959 in cities around the Midwest. Holly and other stars died in a plane crash on Feb. 3, 1959, north of Clear Lake, Iowa. 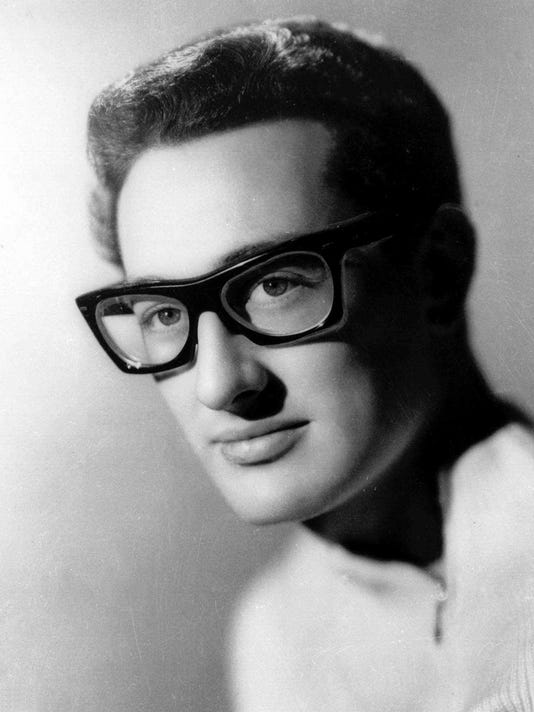 Buddy Holly was 22 years old when he died in the Iowa plane crash near Clear Lake on Feb. 3, 1959 after a performance at the Surf Ballroom.(Photo: Special to The Register)

Apologies to all my fellow Iowans who live with me in the balmy lower half of Iowa, below U.S. Highway 30, but I have to brag about this mild winter. I’m happy to report that until this week my snow blower remained untouched in the garage.

Sorry to jinx it.

This is the time of year when I tend to dwell most on winter weather. Because I’ve never been colder in my life than in the first hour of Feb. 3, 2009, when I stood in the middle of a frozen field north of Clear Lake in far northern Iowa. A bitter gale flayed my skin on that subzero night.

The only thing that saved me was a massive bonfire set ablaze to protect me and all the other idiots from hypothermia. We had convened to observe the 50th anniversary of “The Day the Music Died” at the exact spot where Buddy Holly, Ritchie Valens, J.P. “The Big Bopper" Richardson and pilot Roger Peterson crashed in 1959. The prototypical rockers had just wrapped a concert at the Surf Ballroom in Clear Lake. 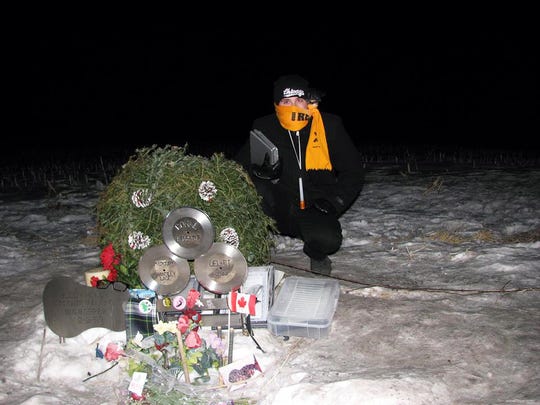 Sevan Garabedian, who has spent a decade working on a documentary about Buddy Holly's final "Winter Dance Party" tour in 1959, has made routine pilgrimages to the Holly plane crash site north of Clear Lake, Iowa. (Photo: Sevan Garabedian/Special to The Register)

Our bundled-up anniversary gaggle eight years ago warbled through Don McLean’s “American Pie,” the 1971 hit song in tribute to the tragedy. Numb fingers fumbled with a whiskey bottle that was passed around the shivering circle. I was busy recording shaky video footage. At the precise moment of the 1959 crash, just after 1 a.m., some tourists’ plane flew overhead as if hoping to commune with lingering ghosts in the sky.

I counted myself lucky to retain the feeling in all my extremities, let alone sense any otherworldly presence. 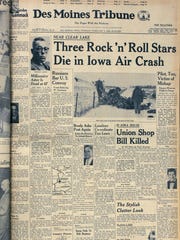 A thick-skinned Canadian named Sevan Garabedian also trudged his way through the snow to the crash site that year and has made routine pilgrimages to Clear Lake. It was 2004 when he first boarded a bus from his home in Montreal. He was dropped off at the Mason City airport, expecting to hail a cab.

Whoops: Welcome to Iowa! Fortunately, he was able to hitch a ride into town with a nice stranger.

The 41-year-old jewelry broker obviously isn’t a child of the ‘50s. He got hooked on oldies rock by accident during the early '90s grunge boom when his favorite pop radio station suddenly switched formats and began blaring the Everly Brothers. The founding rock era’s raw authenticity and deft touch with a simple melody entranced him.

Then at a local flea market he spotted a commemorative poster for the final “Winter Dance Party” concert with Holly and company in 1959 in Clear Lake.

Thus began his utter immersion in the minutiae of that culturally seismic Midwest winter of 1959.

“This plane crash, it symbolized the end of the innocence,” Garabedian said.

In 2007 in Clear Lake he met fellow fan Jim McCool of Madison, Wis. The two teamed up on an ambitious project: They would lovingly craft an authoritative, full-length video documentary of that landmark tour.

A decade and more than 1,000 hours of footage later, they’re still working on it as tidbits from their “Winter Dance Party Tapes” trickle out on Facebook and YouTube.

They’ve managed to interview about 95 percent of the surviving musicians from the 1959 tour — including Tommy Allsup, the lanky guitarist from Oklahoma who died earlier this month. He lost his seat on the fateful plane in a coin toss with Valens. 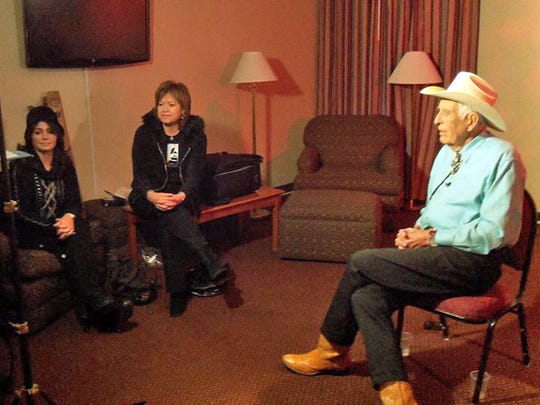 Eight of the cities on the 24-city “Winter Dance Party” tour were sprinkled among Iowa ballrooms. From those shows alone Garabedian has interviewed nearly 100 fans who attended in 1959.

But two shows on the tour continue to elude him: He hasn’t spoken to a single fan who attended either the Feb. 5 concert at the Val Air Ballroom in West Des Moines, or the Feb. 8 show at the Aragon Ballroom in Chicago.

And although one of his coups nine years ago was to dredge up and purchase the rights to the first-ever photos from Holly’s final concert in Clear Lake, he also hasn’t seen a single photo from the Val Air concert after the crash.

By contrast, he found a few fans in Cedar Rapids who still had sets of photos from that city's performance.

Garabedian is missing photos from four out of the 24 cities on the tour. That also includes Davenport, where the lineup was billed as a “Shower of Stars” in the seated Capitol Theater. (Garabedian assumes the seated show made it less likely for teenagers to pull out their cameras. If only all of them had been carrying smartphones.) 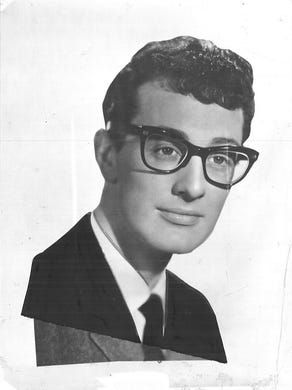 Jerry and Barb Dwyer Special to the Register
Fullscreen 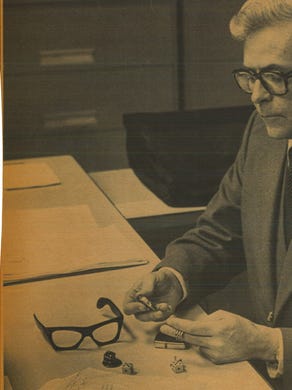 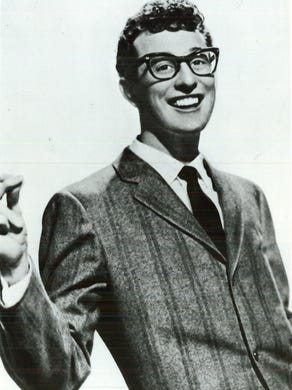 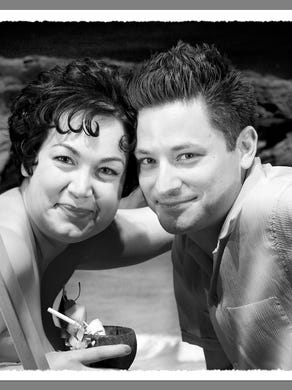 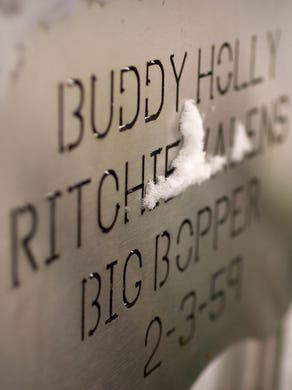 Metal memorial in place at the site of the Feb. 3, 1959, plane crash north of Clear Lake. Rodney White/The Register
Fullscreen

John W. Hurd of Mason City, Iowa, was present at the Winter Dance Party of 1959. He made it back to the green room for an autograph from Buddy Holly. Rodney White/The Register
Fullscreen

John W. Hurd of Mason City, Iowa, was present at the Winter Dance Party of 1959. He made it back to the green room for an autograph from Buddy Holly. Rodney White/Register file photo
Fullscreen 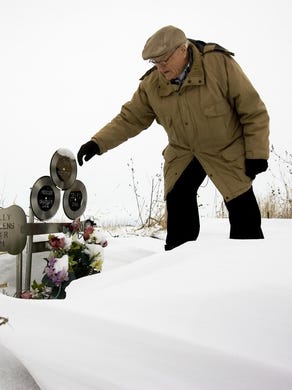 The telephone, in a booth in the lobby of the Surf Ballroom, although disconnected, remains. Register file photo
Fullscreen

The stage at the Surf Balllroom in Clear Lake, Iowa, shown in 1992, hadn't changed much since the February 1959 night Buddy Holly, Ritchie Valens and J.P. "The Big Bopper" Richardson Jr. played there. Register file photo
Fullscreen 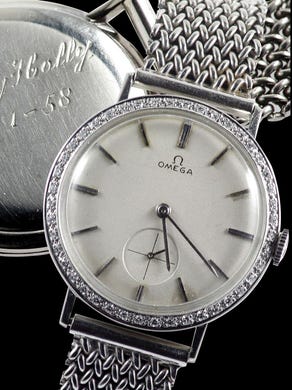 Buddy Holly wore this diamond-and-white gold Omega wristwatch, a gift from his wife, the day he died in a plane crash in Iowa on Feb. 3, 1959. Register file photo
Fullscreen 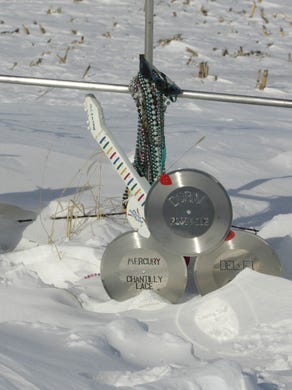 This is the crash site area in the field near Clear Lake where Buddy Holly's plane crashed. MARY CHIND/THE REGISTER
Fullscreen 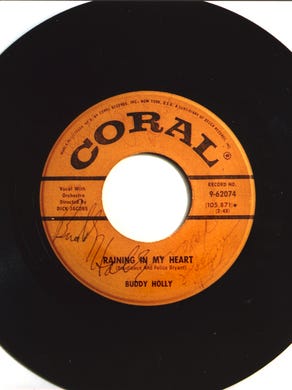 John Hurd of Mason City met Buddy Holly, Ritchie Valens, J.P. "The Big Bopper" Richardson Jr. and other musicians backstage at their February 1959 performance at the Surf Ballroom in Clear Lake and had them autograph the 45 rpm records he purchased at the concert. Register file photo
Fullscreen

“You can’t fathom how someone has these pictures and just doesn’t come out,” he said.

Throughout his long quest, Garabedian has grown increasingly fascinated not only with the dates leading up to the plane crash, but with the remainder of the tour. I’m willing to bet that a similar tragedy today would instantly derail the whole thing. But consider that the Winter Dance Party continued that very same night in Moorehead, Minn. An unknown singer named Bobby Vee took the stage, a substitution that catapulted his career. Not a single show was canceled.

Garabedian admires how Iowa has embraced its role as the primary keeper of the flame for Holly, although the rocker's hometown is Lubbock, Texas.

"It’s the complete opposite of anything morbid," he said.

It's the celebration of an icon who didn't live to see the '60s but nevertheless shaped them, and the decades of pop culture since. 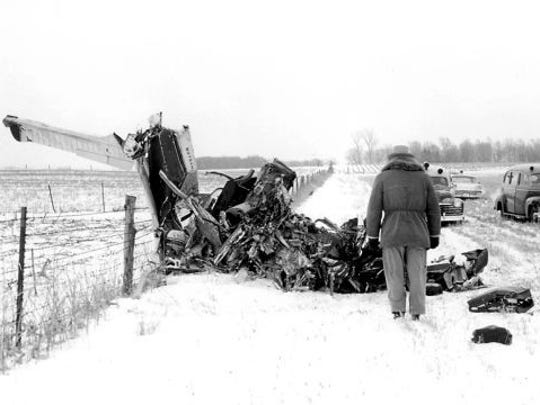 Garabedian departs for Iowa this weekend and hopes to connect with as many 1959 concertgoers as possible to meet and interview during his latest trek. The Surf Ballroom stages its annual commemorative Winter Dance Party events Feb. 1-4.

So if you attended the tour or, even better, have an old box of photos in your dusty attic that might earn a cash reward, reach out to Garabedian at sevan1@sympatico.ca or call 514-931-6959.

Or you know where to find him just after 1 a.m. Friday, Feb. 3, no matter the weather. He expects to join a group of die-hard fans from Chicago who convene annually at the crash site.

“Under the clear sky, the stars, it’s silent, and you can really feel it, man,” he said.

If you can feel anything at all, depending on the temperature.

Kyle Munson can be reached at 515-284-8124 or kmunson@dmreg.com. See more of his columns and video at DesMoinesRegister.com/KyleMunson. Connect with him on Facebook, Twitter and Instagram (@KyleMunson) and on Snapchat (@kylemunsoniowa).