Igor Dvorsiky, the director of a West Hollywood private school, agreed to plead guilty to racketeering charges in the college admissions scandal.

BOSTON – Igor Dvorskiy, director of the Los Angeles private school at the center of the nation's college admissions scandal, agreed to plead guilty to racketeering charges and cooperate with prosecutors, a reversal that could prove damaging to parents fighting charges.

Dvorskiy, who headed the West Hollywood Test Center, was a former test administrator employed by the ACT and the College Board, which operates the SAT. He was paid by the scheme's mastermind, Rick Singer, to open his school for students whose parents paid to have their college entrance exam scores fixed, prosecutors said.

Through the arrangements, Singer flew Mark Riddell, a private school counselor from Florida, to California to either take the test for students or correct their answers – all inside the West Hollywood Test Center.

More: Felicity Huffman is just the beginning: Who pleaded guilty in the college admissions scandal – and who's still fighting 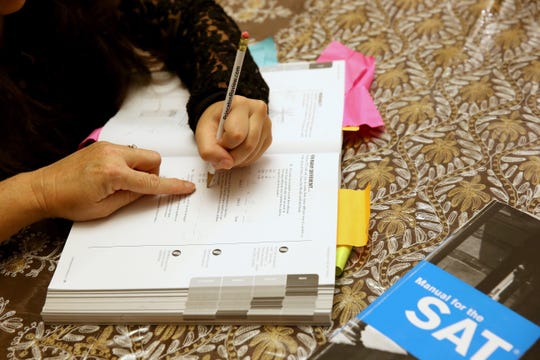 Igor Dvorskiy, an administrator for the ACT and SAT who operated a testing center in Hollywood, has agreed to plead guilty in the college admissions scandal. (Photo: Joe Raedle, Getty Images)

In a plea deal filed in Boston federal court Tuesday, Dvorskiy agreed to waive his right to a trial and pleaded guilty to conspiracy to commit racketeering. As part of the agreement, he is to provide "substantial assistance" to the prosecution in exchange for a lighter sentence recommendation. Dvorskiy initially pleaded not guilty in March.

The move makes him the 24th defendant out of 52 people charged in the "Varsity Blues" scandal to plead guilty in agreements with the U.S. Attorneys Office. Three parents, including actress Felicity Huffman and a college coach, have been sentenced by a judge for their crimes; the others face sentencing this fall.

The remaining defendants pleaded not guilty and are preparing for trial. 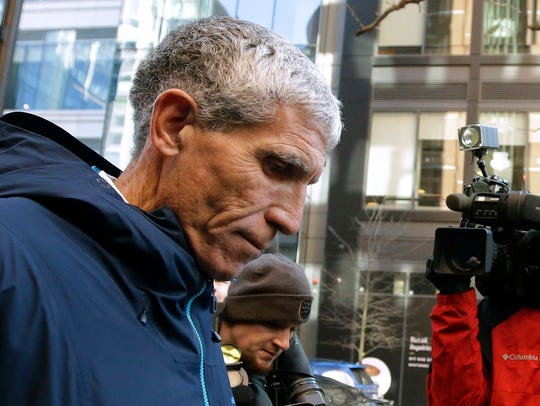 Dvorskiy  agreed to forfeit $149,540, which prosecutors said is equal to the amount he made from Singer's scheme. Singer would typically pay Dvorskiy bribes of $10,000 for each time his center was used as a venue for cheating. Huffman was among the parents whose children took the SAT at his testing center.

Dvorskiy, a resident of Sherman Oaks, California, will appear in court  to formally enter his guilty plea. A date is not set.

Racketeering carries a maximum penalty of 20 years in prison, supervised release for three years and a $250,000 fine. Prosecutors recommended a prison term on the low end of sentence guidelines and one year of supervised release.

Niki Williams of Houston, another ACT/SAT administrator accused by prosecutors of taking bribes from Singer, pleaded not guilty to racketeering charges. She's among the defendants preparing for trial.