State and national political figures are scheduled to appear at the Des Moines Register's Political Soapbox at the Iowa State Fair. 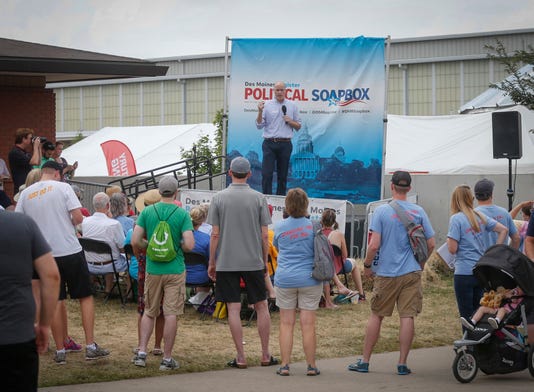 Fairgoers look on and listen as a candidate speaks at the Des Moines Register Political Soapbox Saturday, Aug. 18, 2018, at the Iowa State Fair in Des Moines.(Photo: Bryon Houlgrave/The Register)Buy Photo

A long-running tradition in Iowa politics, the Soapbox this year features candidates running for Congress, governor, secretary of state, secretary of agriculture, auditor and treasurer. And, because it's Iowa, politicians both planning and considering 2020 presidential bids also are scheduled to speak.

The speeches will be held along the Grand Concourse in front of the Horner Service Center. Dates and times are subject to change, and more speakers may be added.

The Des Moines Register will live-stream all of the speakers at DesMoinesRegister.com/Soapbox.

A supporter of Ohio Gov. John Kasich wears a hat with several signatures of politicians at Kasich's speech at the Des Moines Register soapbox on Tuesday, Aug. 19, 2015, at the Iowa State Fair in Des Moines, Iowa. Bryon Houlgrave/The Register
Fullscreen

Vice Presidential candidate Paul Ryan was met by a large crowd of supporters and a few hecklers at the Des Moines Register Political Soapbox during the Iowa State Fair August 13, 2012. Here supporters cover up the hecklers with their own chants and campaign signs. Register file photo
Fullscreen 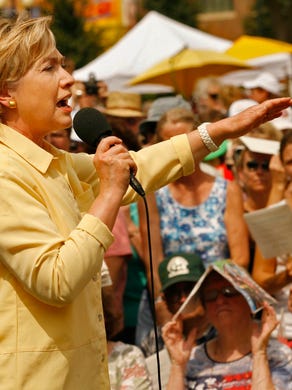 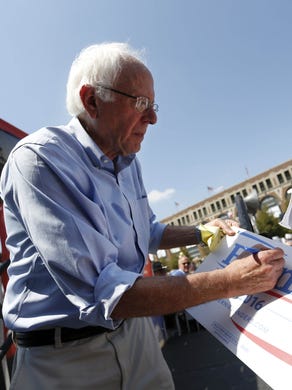 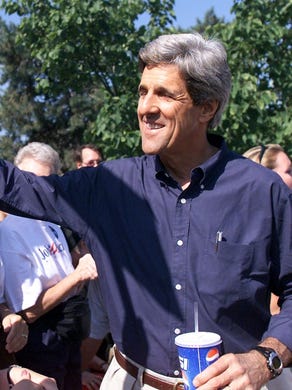 A man from Minnesota asked a question of Tim Pawlenty who spoke at the Des Moines Register Political Soapbox at the Iowa State Fair Friday August 12, 2011. Register file photo
Fullscreen 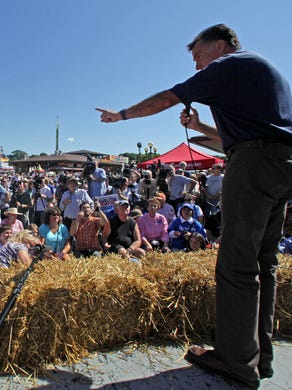 This schedule will be updated online.

Coverage from a busy Saturday on the Register's Political Soapbox

Coverage of Tuesday's candidates on the Soapbox

Full recap of Friday's speakers on the Soapbox